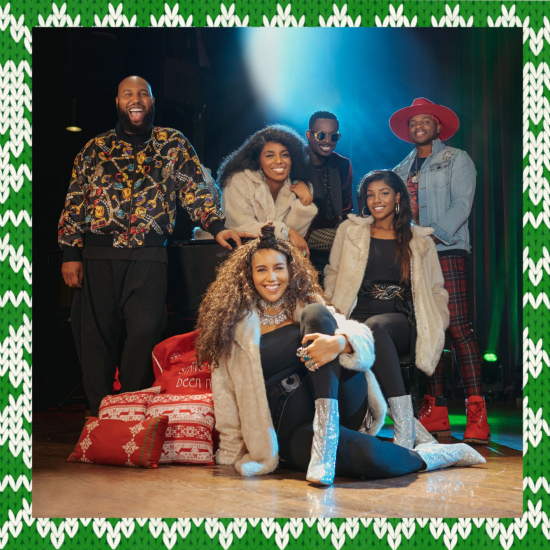 Holiday music typically consists of performers putting their spin on carols, hymns and standards. But this year, we've noticed a few artists have opted to dig in the vault to update their own Christmas catalogs. Faves like PJ Morton and The Hamiltones have recently unveiled deluxe versions of prior holiday projects. But our favorite weirdos Louis York are doing things a little differently – dusting off their 2017 track with The Shindellas,"What Does Christmas Mean," and allowing Jimmie Allen to sprinkle it with some southern charm.

Originally featured on Masterpiece Theater: Act III, the festive doo-wop ditty was love at first listen with its vintage harmonies, joyous keys, vibrant horns and plenty of soul. All of those elements remain the same for the update, except this time Claude Kelly shares the mic with Jimmie and the resulting blend is seamless. The camaraderie translates throughout the entertaining visuals as well. The group decides to take a chance by entering a Christmas song radio contest hosted by a local radio station. Although the judges are skeptical at first, they win them over with talent, energy and lots of sparkle.

Via press release, Louis York says, "We look forward to this time of year to share our favorite Christmas song with the world. This year is extra special because we get to do it with our good friend Jimmie Allen. After such a crazy year, it’s important to celebrate and find joy however we can. The magic between Jimmie, The Shindellas, and us is just what the world needs. We hope that this Christmas jam will make you dance!"

This marks the second time that Claude and Chuck Harmony have collaborated with the multi-platinum country music star in as many years. The trio came together for "Teach Me A Song," a stirring ode to the power of music that was featured on York's 2019 full-length debut American Griots. After months of social distancing, they finally released the song's official video last month, featuring a spoken word intro by Caroline Randall Williams. Scroll down to watch both videos, and download a copy of the new "What Does Christmas Mean" afterwards.