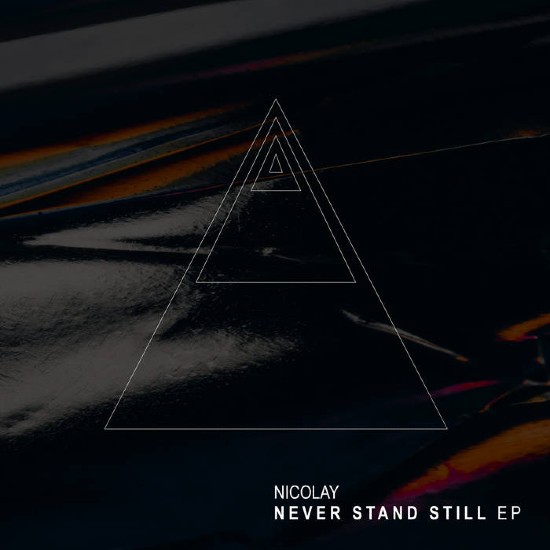 With the release of the second installment of his Analog Dreams series, GRAMMY-nominated producer extraordinaire Nicolay has made it clear, once again, that he did not come to play. The aptly titled EP, Never Stand Still, gives his tribe of faithful followers everything they need to do just that. In just five tracks and 29 minutes, listeners are thrust into an almost trance-like energetic realm, a much-needed departure from the chaos of the current climate.

Described as a dedication to house music heads, we knew we were in for something different from Lights In The Sky, the series' first EP, about halfway through the first track. Just as we settled into the spirited “You Break It, You Buy It,” our maestro seamlessly transitions to an equally intricate and intoxicating space before taking off completely on “First In Flight.” Fan favorite “Nimbus” is up next with its deep, billowy essence, followed by the gleaming cadence of “Cristalix.” The final track “Luna” feels more like an awakening with its vibrancy. Towards its ending, we hear a familiar melody and later find that the track was originally created back in the days of The Foreign Exchange’s 2013 Love In Flying Colors album. While Nic shared the details of combining elements from the album interlude with the full-length instrumental, the result polishes off the EP with that signature +FE Music finish that places everything the camp touches a cut above the rest.

Check-in for your cosmic escape and give Nicolay’s Never Stand Still EP a spin. Add the project to your collection from your preferred digital platform and purchase the high-resolution format on Bandcamp. Vinyl heads can get ready to pre-order the full Analog Dreams set on vinyl upon the release of the third and final installment, A New World.


TAGS:  audio, nicolay, the foreign exchange
Previous: Jhené Aiko Takes A Victory Lap In ‘Born Tired’ Next: Monica Brings Out Goonica To Get In The ‘Trenches’ With Lil Baby