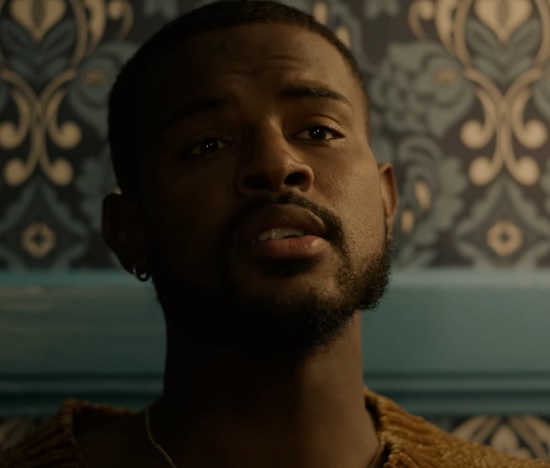 Joni Mitchell's "River," from her seminal album Blue, is perhaps one of the best-known songs of her already exemplary career. It's been covered countless times across genres and among a who's who of famous vocalists. Singer/actor Trevor Jackson adds his name to that list with his own take on the emotional ballad.

The cover, released on Christmas Day, keeps the quiet piano arrangement associated with the original, though it removes the references to "Jingle Bells" and fills out the sound with a bit more reverb. These changes don't blunt the ache of the song's lyrics, though. Moving from the happy times of Christmas to the pain of an ending relationship, the song has always been a heartbreaking one. Trevor milks this with a performance that builds alongside the piano as he wishes for a means of escape from the way he feels. The accompanying video for the song is equally no-frills, with the singer sitting alone on a couch as he sings. His intensity grows along with the song, going from subdued to an emotional wreck over the course of the song's four minutes. It's an unexpected side to Trevor Jackson that expands upon his artistry and also gives us a bit of insight into his artistic inspirations (and aspirations) as his career moves forward.

Being that "River" is a song that has been known to make even the most hard-hearted tear up, we recommend that you keep your Kleenex nearby as you listen to Trevor's latest and watch its video below.

TAGS:  audio, joni mitchell, Trevor Jackson
Previous: Mya Wants To Be There For You With ‘Just Call My Name’ Next: Kimberly Washington (1969-2020)