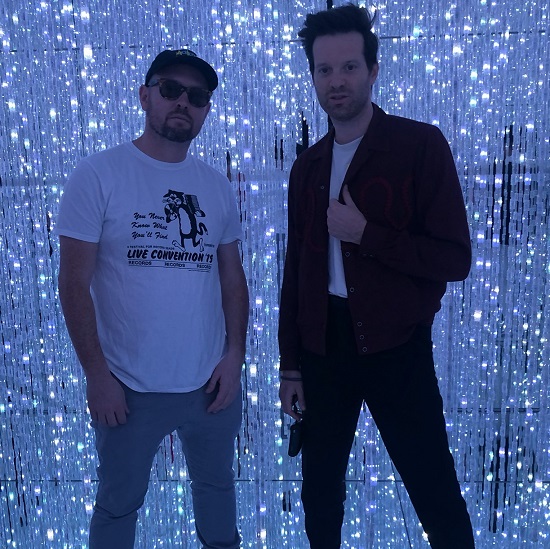 Funk duo Tuxedo has been giving us their champagne funk (and doing it quite well, might we add) for nearly a decade now. While there hasn't been a time that we didn't f**ks with the Tux, the twosome have had a few tracks that didn't make it to their three albums. That's why their throwing us back to their debut with their newest single "Doin' My Best."

"Doin' My Best" was originally an outtake from their first album that the fellas have been retooling ever since. It looks like they've finally perfected it, though, as the single exemplifies the good-time grooves that we've come to know them by. A fat synth bass line serves as the song's foundation on which singer Mayer Hawthorne's voice skates across like it's Saturday night at the roller rink. Helping him keep up that momentum is inventive instrumentation courtesy of Jake One and vocals from longtime collaborator Gavin Turek. It all swirls into a funky jam worthy of cutting a rug (or ten) to.

"Doin' My Best" will actually be featured on The Best Of Tuxedo, a compilation of the group's jams that will be an in-store exclusive CD commissioned by Tower Records Japan. Don't fret, though, as you can pick up the single for yourself  — along with all of their other releases — on Bandcamp right now. Of course, you'll want to sample the goods first by pressing play below.