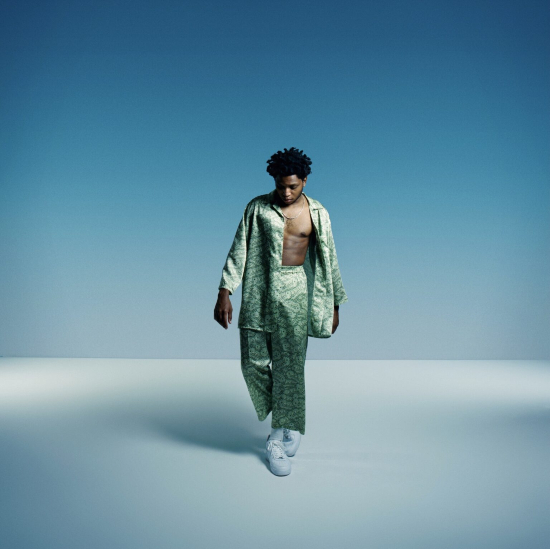 Gallant was chilling for most of 2020 following the release of his 2019 sophomore album, Sweet Insomnia, and it wasn't just because the globe was on lockdown. Label woes had the formerly prolific artist sitting on the sidelines for most of the year. But now he’s re-emerged on a new label (his own) and with an old sound – borrowing heavily from late-'90s R&B. All of this has set the artist up for a huge “Comeback.,” if you will, on his new single. (Yes, that's "Comeback." with a period, pooh!)

On “Comeback.,” Gallant is looking for a little forgiveness after stepping out on his relationship. “I was destined to monogamy / Tried break the monotony / Now I know sameness was stability / And I made it, now it’s killin’ me / Swear the ego is the enemy,” he admits. Sonically, the sound is giving us ‘90s R&B realness meets '20s R&B freshness, with melodic synths, guitar, programmed drums and his staccato singing.

Gallant has also dropped a creative video to coincide with the single. His ex is at her palatial mansion with nothing to comfort her heartbreak but her faithful butler and junk food. To make matters worse, literally everywhere she turns she sees Gallant trying to get back in her good graces and apologize. He appears as animated drawings in her journal, a Richard Simmons –like exercise guru on an infomercial, a bobblehead in the car and more. Towards the end of the clip, Gallant waits by her pool in some palm trees, singing a different song to try to woo his ex-boo. And just when you think it’s all over, the video leaves us with an explosive ending.

Gallant's “Comeback.” is quite an enjoyable listen and entertaining watch. The track is the first single from his forthcoming EP entitled Neptune.


TAGS:  audio, Gallant, richard simmons
Previous: Raheem DeVaughn Is The Man Of Your Fantasies In ‘Mr. Midnight’ Next: Tobe Nwigwe Celebrates The Inauguration & Encourages Us To Push Forward With ‘Wake Up Everybody’