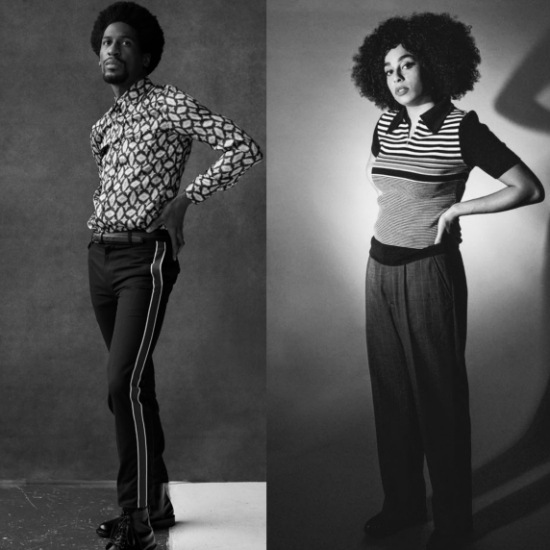 With most of the country shunning movie theaters during the ongoing pandemic, streaming has become the method de rigueur for viewing new films. In keeping with movie-going tradition, several new flicks premiered on Christmas, including the highly-anticipated Disney/Pixar release, Soul. Streaming exclusively on Disney+, the animated feature starring Jamie Foxx, Tina Fey, Angela Bassett, Questlove and Phylicia Rashad tells the story of a jazz musician whose life takes an unexpected turn just as he's on the brink of his big break.

Naturally, a story about a jazz musician requires some killer jazz arrangements (plus, it's Disney/Pixar, so unforgettable music is key to the storyline). While the Oscar-winning team of Trent Reznor and Atticus Ross were tasked with the original score, Jon Batiste is the man behind the musical soul of the film. Not only did the talented musician take care of the jazz compositions and arrangements, but he also sings the unofficial theme, a cover of The Impressions' "It's All Right" for the soundtrack. It's an impressive update, made even more special with the added vocals of UK soulstress Celeste.

Batiste's piano playing throughout the song is truly inspired, fusing different jazz styles like ragtime, swing and cool. Meanwhile, the contrast of his heavenly falsetto and Celeste's rich, earthy tone proves to be an extraordinary combination. Watch the magic unfold below with the lyric video and stream Soul on Disney+ to see how "It's All Right" fits into the storyline. To hear more Soul music, you can download Music From and Inspired by Soul (which exclusively features Jon Batiste) or Soul (Original Motion Picture Soundtrack) to hear the Reznor/Ross score along with Batiste's songs.