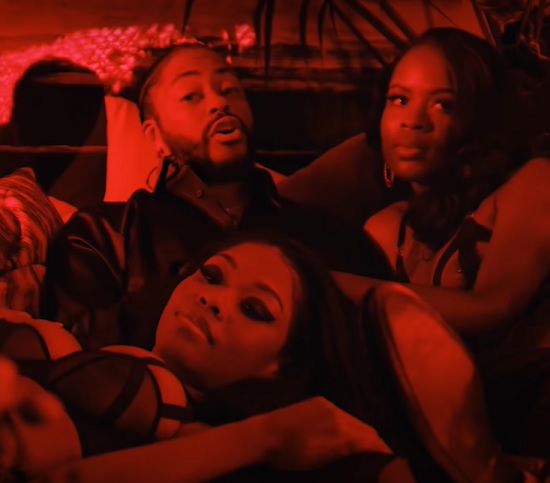 Raheem DeVaughn is one charming dude, and he proved it with the release of his most recent effort What A Time To Be In Love back in November. Right before the set's release, he gave us a bit of sexual healing with his single "Mr. Midnight." Now he's bringing the track to life with a steamy new visual.

Just because the clip was filmed in the middle of a pandemic doesn't mean that Raheem was going to skimp on the sexy here. The singer casts himself as a loverman with a jones to get it on in the clip. The majority of the video is saturated in a passionate shade of red as he gets a little closer with several lovely leading ladies. They all can't seem to keep their hands off Raheem (or each other, for that matter) as they rub, caress and stroke with a fiery intention. Raheem, meanwhile, revels in the attention from the bedroom to poolside. Nothing too explicit goes down in the clip (though a hell of a lot is implied), but we're willing to bet that a few of you would like to join him after taking a peek.

If you want to get an eyeful of Raheem DeVaughn's sensual red light special, all you have to do is press play.


TAGS:  raheem devaughn
Previous: Benny Sings Readies Us For More ‘Music’ With ‘Nobody’s Fault’ Next: Gallant Creeps Up On A ‘Comeback.’