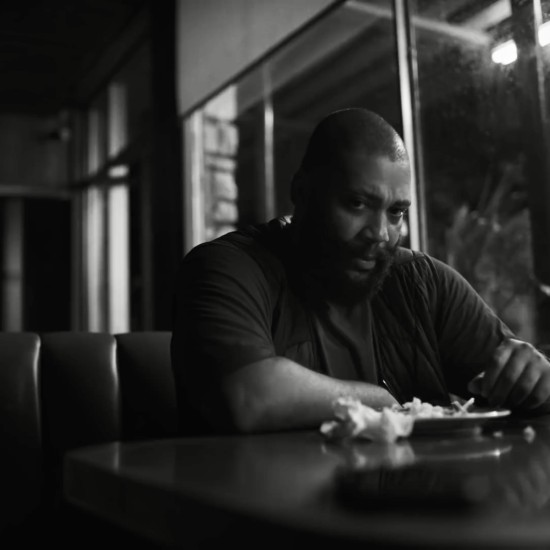 Chicago-bred and critically acclaimed singer/songwriter Sam Dew is gearing up to release his debut album Moonlit Fools and we couldn’t be more excited. In the meantime, he’s serving fans with both audible and visual appetizers in the form of a cinematic trilogy. So far, we’ve received his take on Third World's classic "Now That We've Found Love" entitled "NTWFL," and more recently he released the second installment, “GONE.” The wavy track has a somewhat dark energy and features Bounce-Worthy songstress KIRBY. The two take turns detailing the moment love’s gravitational pull is so strong, whether you leave or you stay, the choice is really no longer up to you.

The equally eerie Young Replicant-directed visual picks up where the preceding video left off and stars actor Tony Todd. This time however, the feature is captured in black-and-white, and we spot Sam in a more prominent role. In a press release he says, “The vignettes pose many questions we ask ourselves: What’s holding us back? What are we afraid of? Is love worth the loss? And how does the age of technology affect all of this? Games are played, cards are dealt, and more likely than not, you’re already too late and just looking at a pretty picture of what could be rather than what is or was.” With elements from each video and stark symbolism sprinkled throughout, we’re excited to see how all the pieces come together upon the release of the third and final chapter.

Tap in and watch Sam Dew’s visual for “GONE” featuring KIRBY, and be sure to add the track to your collection from your preferred digital platform. If you haven’t already, check out the "NTWFL" video and get ready for the release of Sam’s Debut album Moonlit Fools by watching the full trailer.