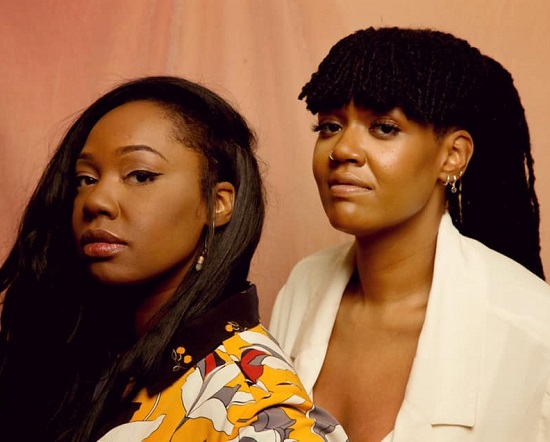 It's been five years since the world lost the immense talent that was David Bowie. The singer-songwriter changed music with his innovative approach to the art and influenced many artists in his wake – including some you wouldn't expect. Later this year, some of those artists will appear on the Bowie tribute album Modern Love. We get a preview of what's to come with a cover of "Space Oddity" by none other than We Are KING.

The sisters, who have made a name for themselves with their epic storytelling songs, are actually perfect choices to once again tell the tale of spaceman Major Tom. They wrap the story in their signature harmonies and lush synth stylings, imbuing the glam rock staple with dreamy R&B texture. They still lovingly nod to the original, however, including letting the song breathe during guitar breaks, before leading us to the eventual conclusion.

"There were so many amazing Bowie compositions to choose from but 'Space Oddity' has always been our favorite. It's so visual; it has always felt like time travel in a song," the duo said in a statement. "It tells such a vivid and imaginative story of Major Tom's trip through space and it was such a cool experience to reimagine what it'd be like on the voyage."

Modern Love will feature a number of artists – including faves such as Meshell Ndegeocello, Nia Andrews, Khruangbin and others – who will explore Bowie's musical connection to genres like R&B, soul, jazz and funk. Sounds like it'll be one wild ride. Check out We Are KING's cover of "Space Oddity" when you press play and look for Modern Love to arrive on May 28th.


TAGS:  audio, david bowie, We Are KING
Previous: Adeline Slays Her ‘COLORS’ Debut With ‘Whisper My Name’ Next: Jon Batiste & Celeste Deliver The ‘Right’ Blend Of ‘Soul’ For Disney/Pixar