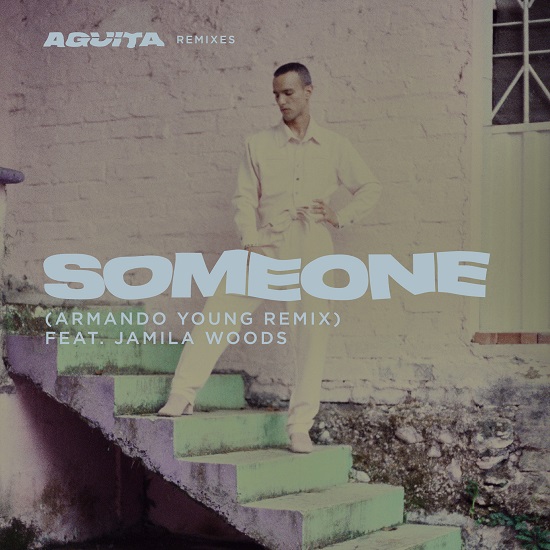 Gabriel Garzón-Montano and his eccentric, soulful stylings went even further with the release of his most recent album Agüita. The set, which mixed his penchant for poetic lyrics with his musical influences, was perhaps his most creative yet. Now Gabriel is letting someone else get creative with his work with a brand new mix of "Someone."

Electronic producer Armando Young gets his hands on the track, giving it a reggaeton-like swagger to go along with the piano chords. The gentle tick and tock of the drums definitely make the song something to sway your hips to as you listen to the lyrics. However, the biggest change is that the song becomes a duet with singer Jamila Woods. She takes over the second verse, turning the track from a monologue into a conversation between two lovers trying to find their way back to each other. It also provides the chorus with a bit of warmth as their two voices join together. Armando also extends the rhythm out further toward the end, with a revamp of the chorus that rides out until the track's close.

Gabriel Garzón-Montano hasn't announced if there will be more remixes of Agüita tracks where this one came from. Somehow, though, we have a hunch that this one won't be the last. While we wait and see, get into Armando Young's remix of "Someone" when you press play.