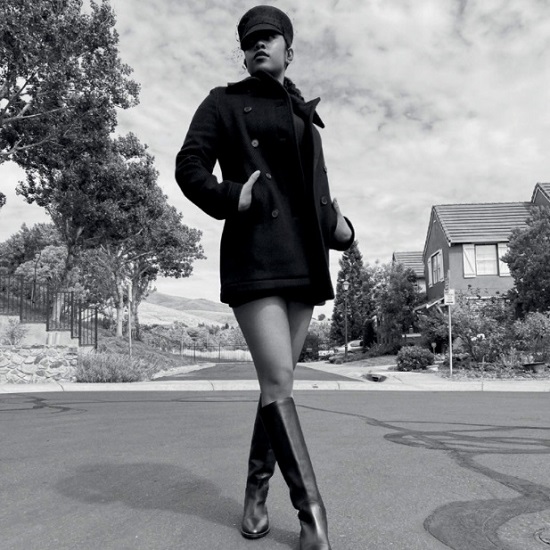 It's Black History Month! That means that it's a time to celebrate the myriad accomplishments of Black people and the undeniable contributions we've made to the culture. It also means that films showing our experience will be hitting theaters (err...streaming services) all month long. One film that we're all looking forward to is the upcoming Judas And The Black Messiah, which tells the story of young Black Panther activist Fred Hampton and the betrayal that ultimately led to his assassination at the hands of authorities. The film has already garnered nominations at this year's Golden Globes ceremony, including a best original song nod for H.E.R., who contributes her track "Fight For You."

Rather than the usual drowsy awards bait that usually gets the nominations, "Fight For You" is a smoking hot slice of soul that comes courtesy of the always busy D'Mile. She utilizes all the staples of soul, with horns, guitar, bass and drums all coalescing into a fiery call for freedom for our brothers and sisters. Meanwhile, the lyrics point to revolution as she pledges to always fight for the cause. "Freedom for my brothers / Freedom 'cause they judge us / Freedom from the others /Freedom from the leaders, they keepin' us," she demands on the song's bridge. "Freedom gon' keep us strong / Freedom if you just hold on / Freedom ain't free at all."

Right on, sistah! You can listen to H.E.R. give us her all when you press play. Judas And The Black Messiah, which stars Daniel Kaluuya and Lakeith Stanfield, will be hit theaters and HBO Max on Friday, February 12th.