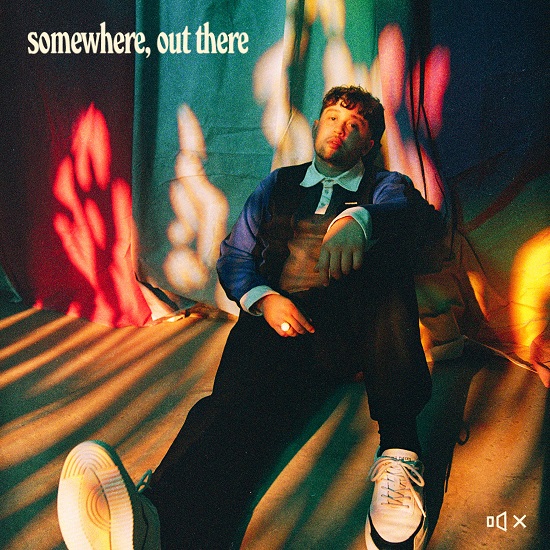 James Vickery is proof that the next generation of UK R&B singers definitely have soul. When we last caught up with him, he was updating his single "Pressure" with help from Sinead Harnett. Since then, he's been putting in work during the lockdown as he readies his official debut album to be released later this year. We get to hear some of the fruit of all that labor with the release of his latest single, "Somewhere, Out There."

Fittingly, the track is a lockdown love song. James teams with producer Maths Time Joy — who's worked with Mahalia and Snakehips — to create a mood that encapsulates what we've all been feeling during this time away from the ones we love. Particularly, James focuses on missing his baby, singing on the chorus, "Somewhere my baby / Is out there for me / Somewhere my baby / Is out there / I wonder if she's out there missing me." The instrumentation of the song captures the lonely feeling with organ and spare licks of guitar that set the mood. Meanwhile, James contributes wistful verses on which he shares how he's occupying his time while waiting, wishing and hoping for this all to be over.

"At the time of writing it I felt very alone, everyone around me was getting married and I was wondering if that would ever happen for me," he told Wonderland about the song's inspiration. "Then lockdown(s) happened, and I wondered and sympathized for the people who were being kept apart from their significant others in these tough times. This song is for them."

Because he (like many other artists) has been anxious to be able to do concerts again, the singer has also managed to provide us with a live performance video of the track, as well. You can listen to the latest from James Vickery when you head below and then stick around to watch his live performance.


TAGS:  audio, James Vickery, Maths Time Joy, Sinead Harnett
Previous: Inayah Lets Her Ex Know That She’s ‘Missing It’ Next: Shakka Is Ready To Make It Happen ‘When You Pull Up’