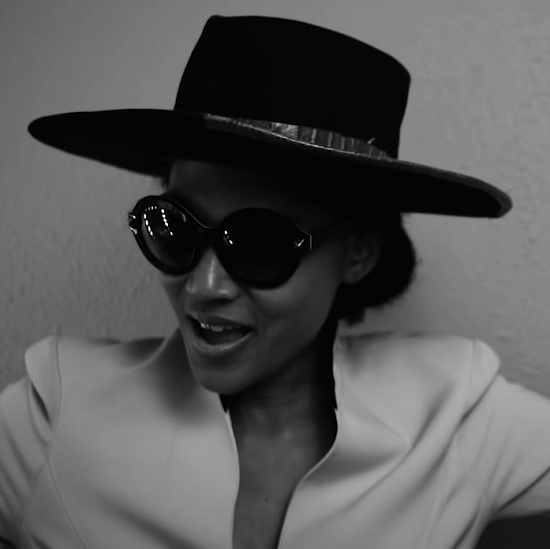 Judith Hill and her stellar vocals have always been in high demand, a demand only heightened by her turn in the documentary 20 Feet From Stardom. In the past five years, however, irresponsible headlines by gossip rags like TMZ concerning the deaths of her friend Prince and employer Michael Jackson and her relationships with the two have place a cloud over her career. She defiantly addressed this in a recent Instagram post and she's reclaiming her power with her newest single "Baby, I'm Hollywood!"

She taps into the sounds of classic soul and rock n' roll to make her statement on the song. With tambourines shaking, electric guitars strumming and powerful drums, Judith takes on the role of the titular city of dreams. "Tap into my veins / I'll give you all of my fire / I'm your beautiful pain / I'm your burning desire," she sings on the opening verse. "I'm a wreck and ruin / But you'll never regret me / I live up to my fame / And I keep on shining." And shine she does in the song's accompanying video. We get to see Judith Hill in her element as she records the track (including playing the guitar herself). But we also see her looking glamorous and fabulous as she fights against and shirks the norms the industry has tried to force on her.

It looks like the process was a cathartic one for her. "'Baby, I’m Hollywood!' personifies Hollywood as a woman," she said about the song. "The music captures her free spirit, yet lyrically, it underlines the pain she has endured. It is very much a reflection of my life and how it has been growing up in the entertainment business. The show must always go on and yet you learn how to put your pain in the songs…. that is what makes the stage so visceral and alive. Beyond the lights and glamour, there is depth. I wanted to show that side of Hollywood and give the word a different feeling."

"Baby, I'm Hollywood!" is the title track from the singer's upcoming album, set to hit stores on March 5th. You can listen to the track and watch the video below. You can also pre-order the album here.


TAGS:  audio, Judith Hill
Previous: J. Brown Is Kicked Back & Feeling The ‘Vibe’ Next: H.E.R. Channels The Revolution Of ‘Judas And The Black Messiah’ On ‘Fight For You’