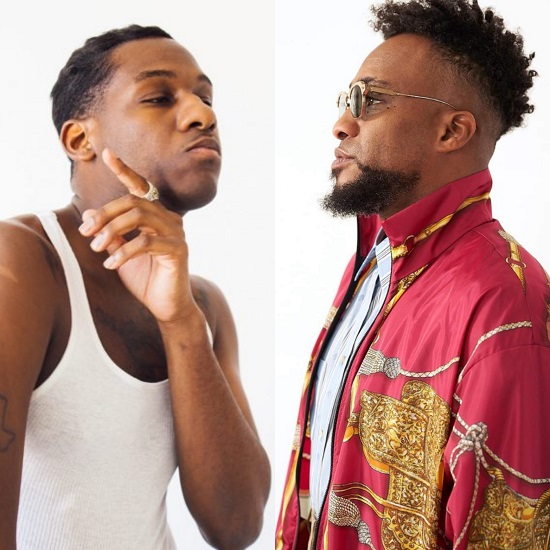 Texas has been in the news for a lot of not-so-great reasons in the past week. But we shouldn't forget that the Lone Star State is home to many musical talents. In fact, some of those talents are coming together for the upcoming The Truth To Power Project compilation Soundtrack To Empowerment to bring awareness to community involvement and help nurture the next generation of musicians to come. Kicking off the promotional push for the project is none other than Fort Worth's own Leon Bridges and Keite Young with their song "Like A Ship."

"Like A Ship" is a cover of the 1971 Pastor T. L. Barrett song of the same name, and Leon and Keite's version brings the same gospel-meets-soul sensibilities into the mix. The song offers a typical call-and-response style, with a choir echoing Leon and Keite's phrases with solid backing harmonies as they sing of being able to make it through a storm. Regardless of your religious persuasion, the tight musical arrangement of organ, bass and drums along with the soulful vocals is enough to make anyone want to give a praise shout.

The Soundtrack To Empowerment compilation will feature several other Texas artists, including N'Dambi and Black Pumas, as well as others and will be in stores on Record Store Day (June 12th) as a 3-LP vinyl release. A percentage of the proceeds from the sales will go toward the Music Forward Foundation in support of young musicians and "championing a more inclusive music industry." Eastwood Music Group, the label releasing the project, has also partnered with the Dallas Mavericks and FirstCom Music UPMG to help aid local communities. You can find out more information about the project via its website and also donate to the cause here.

Allow Leon Bridges and Keite Young to take you to church when you listen to "Like A Ship" below.