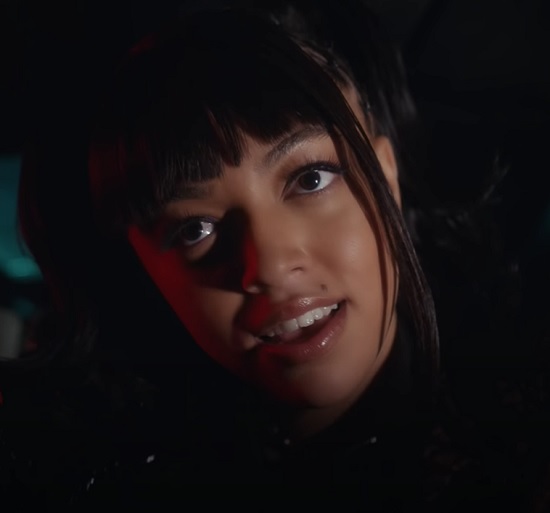 2020 was by no means a low-energy year for British singer Mahalia. The year saw her deliver several collaborations in addition to her brief EP Isolation Tapes. While it would be expected for the young artist to take a well-deserved break for 2021, Mahalia is keeping it pushing by releasing more new music. Up first is her brand-new single "Jealous," which features rapper Rico Nasty, and its music video.

"Jealous" is directed at all those folks who can't stop hating on Mahalia's moves. "I was dealing with friends being super unsupportive about decisions I was making and I was struggling with navigating that," the singer said in a press statement. "I’m really proud and excited about what came out in this song and I hope people love it in the same way we did when we wrote it." The lyrics find her getting bossy with it as she lays out why folks might be mad at her. "You know what I do, yeah / Thick in my thighs, too, huh / Baby, you so jealous of me," she sings on the first verse. "Topic Céline, drippin' in Louis / Patek on me, yeah, yeah / Please don't touch me, yeah." Rico Nasty, meanwhile, rides the slightly sinister electronic beat with ease while spouting quotables like, "I got her jealous, I can't help it, no, it's not my fault / You could do better, so do better, go and prove me wrong."

The two keep that same energy for the track's video. Inspired by Hype Williams's feature film debut Belly, the clip finds the twosome getting the last laugh on what appears to be an ex by wreaking havoc on his house. They hack into his appliances and invade his space as his home goes haywire. It's enough to make anyone second guess going fully automated with their humble abode.

Get into Mahalia and Rico Nasty taking charge when you listen to "Jealous" and watch the song's darkly fun video below.