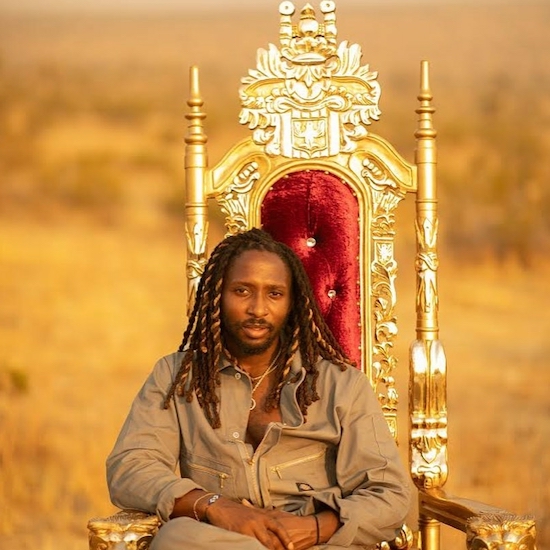 It has been nearly three years since Patrick Paige II dropped his stellar solo album, Letters Of Irrelevance. Largely known as the badass bassist for The Internet, his debut designated him among the latest to make their mark outside of the talented quintet. He now returns with an introspective single entitled “So They Say.”

Over the laid-back, guitar-laden track, Patrick takes us through his thoughts on life, talent and fame – and the ups and downs that come with all three. For what began as a poem, or rather a personal note to himself, he says he battled thoughts of doubt and fear of personal success. Eventually, he was given a track and was able to restructure his notes into a song that is both relatable and inspiring. Of the song he says, “I’m grateful I was able to process those feelings through such a record.”

The accompanying Ethan Nelson-directed visual finds Patrick wandering through a desert after his car breaks down. After a brief but shameless flash of his newly-built physique, we follow him through a series of odd encounters. Just as we begin to wonder how he will make his way out of the desolate ordeal, he witnesses a duel in which both parties are killed. However, things end on a proverbial high note, as the two leave behind a few choice valuables that are wide open for the taking. After such a bizarre turn of events, we are glad to see his come up and we are sure he’ll do the absolute most with his newfound goodies.

Get into Patrick Paige II’s “So They Say” audio and video below, and don't wait to add the track your collection from your preferred digital platform.


TAGS:  audio, Ethan Nelson, Patrick Paige II, The Internet
Previous: H.E.R. Channels The Revolution Of ‘Judas And The Black Messiah’ On ‘Fight For You’ Next: Ledisi Goes Retro To Give Us The ‘Same Love’