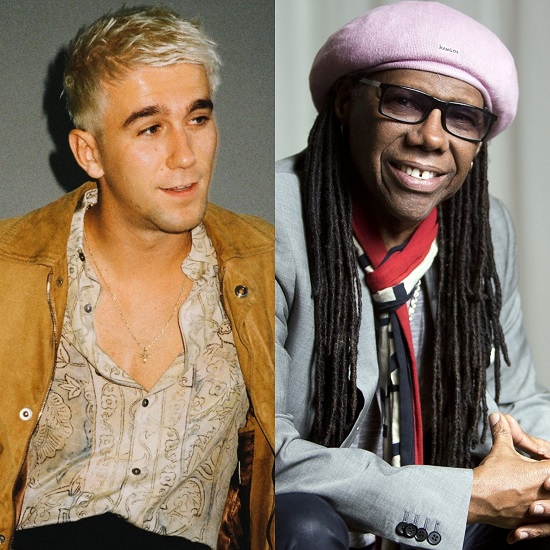 British producer/singer SG Lewis is getting ready to drop his upcoming album Times in a little over a week. The set, which features the fantastic track "Feed The Fire," is sure to be a stunner not only because of Lewis’ smoking hot production but also because of his superb list of collaborators. That list includes the legendary Nile Rodgers, who joins SG on his latest single, "One More."

The song has all the kinetic energy of a night out in a club (remember those?) as SG tries to make his move. The song's chorus, which opens the track, clues us in to what's going on as he sings, "I know we can't stay here forever / I know you've got friends in the bathroom stall / Been wanting to do this since forever / Can we just stay for one more song?" As he paints us a bigger picture of the night with his verses describing the "what ifs" and "what could bes," a pulsing dance beat mixed with a piano melody keeps the party going. As for Nile, he comes alive on the chorus with his signature guitar licks that elevate things to another level, giving us a dash of disco with our electronic dance.

It's not surprising at all that these two have come together. In fact, it's far more surprising that an SG Lewis and Nile Rodgers collaboration didn't happen sooner. We're not complaining, though, as this is definitely a musical match made in dance floor heaven. Get into their groove when you press play and look for SG's Times to hit stores on February 19th. And if you want to watch a premiere livestream performance of the album on release day, you can get tickets here.