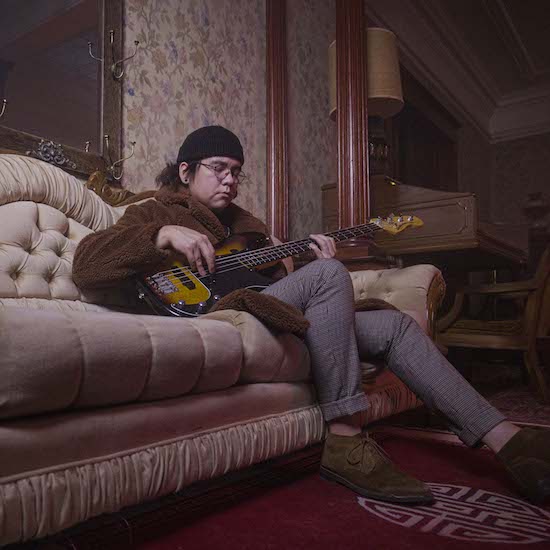 Prior to the pandemic, many a musician was familiar with taking corporate gigs. Whether it was their main source of income or a side hustle, playing corporate functions kept musicians consistently booked and employed. The thing about these kinds of gigs, however, is the lack of freedom to play what you want and people making random requests while you're playing, treating an artist like a jukebox. Instead of dropping the mic and walking off the stage when faced with one too many requests, Saskatoon, Canada-based musician vbnd found the inspiration for his new single "Breathe Me In (A Little Longer)."

vbnd wrote "Breathe Me In (A Little Longer)" as a witty comeback of sorts. "The track was a direct response to many requests from audiences to play something 'danceable,'" he shared with us about the track. "So I wrote a disco song for live shows and it turned out to be this song. This song is now our 'dance' song."

"Breathe Me In (A Little Longer)" will indeed make you want to shake a tailfeather when you hear it. On the track, the bass player and producer is joined by The Soulmate Collective – Katie Tupper on vocals, Connor Newton on saxophone, Jesse Mcmillan on drums and Ayden Draude on keys. All the musicians collide on the groovy, jazzy jam while Katie sings, "Just breathe me in a little longer / And hold me in your arms one more time / I know it's not forever, but for now it's all right," on the chorus, encouraging the listener to take it easy and enjoy the moment.

Get your dancing shoes ready and press play to indulge yourself in SoulBounce's exclusive world premiere of vbnd's "Breathe Me In (A Little Longer)." Pre-order or pre-save the track from your choice of DSPs before its Friday release. This song is the second single from his upcoming new album Scum Funk set to be released on April 23rd.