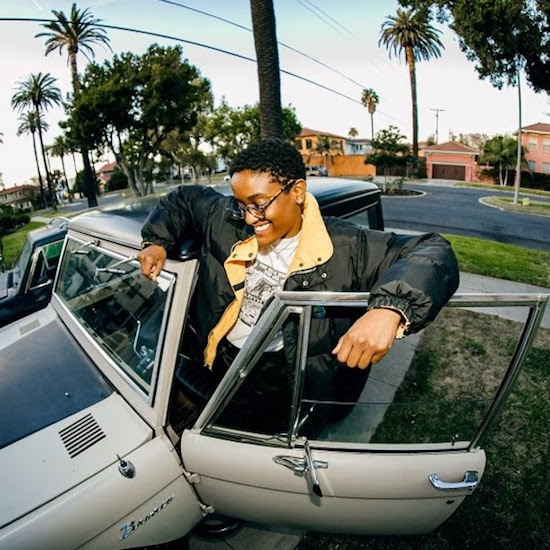 It's hard to believe, but we're rolling up on four years since Syd dropped her solo debut album, Fin, and three years since the release of The Internet's fourth album, Hive Mind. Since that time, the multi-talented artist has kept quite busy, appearing in Louis Vuitton and Adidas campaigns, building a recording studio, collecting and rehabbing vintage trucks and collaborating with a number of artists, including Disclosure and Kehlani most recently on the track "Birthday." While she's been living her best life, we've been missing her music, though. If you've been fiending to hear more of Syd's sweet voice like we have, then you're in luck because she's back on the solo tip with her new single "Missing Out."

Syd reminisces about an ex on "Missing Out," but the relationship ended on a sour note and she's conflicted about her feelings. On the one hand, she knows they weren't right for each other. "As far as I can see, you and me could never be / 'Cause we didn't spend the proper time tryna work it out," she admits. But on the other hand, later she sings, "And maybe in another life, you'd be mine, mine, mine," suggesting that they'd have a future in the next lifetime. As of right now, though, her ex is missing out on what coulda, woulda and shoulda been. Syd expresses her vulnerability on the anti-love song over wavy layers of synths and thumping percussion.

"Missing Out" is the first song we're hearing from Syd for 2021, but she promises that it won't be the last. She has more new music and projects on the horizon, including a film that she's working on and a partnership with a sparkling wine startup. Turn your alerts for Syd on so you don't miss anything she's got coming, and add "Missing Out" to your music collections and playlists from your favorite music service now.


TAGS:  audio, Syd, The Internet
Previous: Tina Turner Tells Her Story In Her Own Words In ‘Tina’ Next: SoulBounce Exclusive: vbnd Wants You To ‘Breathe Me In (A Little Longer)’