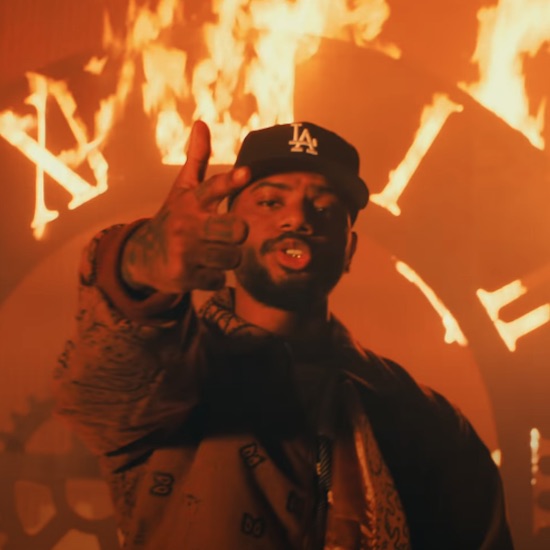 Last year, Bryson Tiller ended the three-year wait for his third album with the release of A N N I V E R S A R Y. Not only was it well-received by fans, but it was an album that he said he actually enjoyed making, unlike his sophomore project. Now he’s back with a deluxe version of the album featuring five more tracks, including the song “Like Clockwork” where Tiller is in his braggadocious bag.

“Like Clockwork” serves as a chance for Bryson to talk big ish about his accomplishments. With a sing-songy flow, he spits his truth about the highs and lows on his way to fame, but now things are moving like clockwork for him. “Man, I guess it all worked out / I’m gettin’ to it like clockwork now / My haters clocked in, they all burned out / They talk s**t, but it’s my turn now,” he breaks it down on the first verse.

The "Like Clockwork" music video starts with Pen Griffey, Jr. putting on his watch as the camera zooms in to give us a glimpse of his day-to-day activities. The director utilizes some slick camera work to seamlessly link the various scenes with clocks appearing throughout. The clip climaxes with Tiller inside an actual digitized clock with gears moving continuously, to signify his own forward momentum.

"Like Clockwork" can be found on Bryson Tiller's A N N I V E R S A R Y (Deluxe) available now on all DSPs.


TAGS:  audio, Bryson Tiller
Previous: Joyce Wrice Is Ready To Get ‘Overgrown’ On Debut Album & Is ‘On One’ With Freddie Gibbs Next: Robin Roberts Brings The Story Of Mahalia Jackson To The Small Screen In ‘Mahalia’