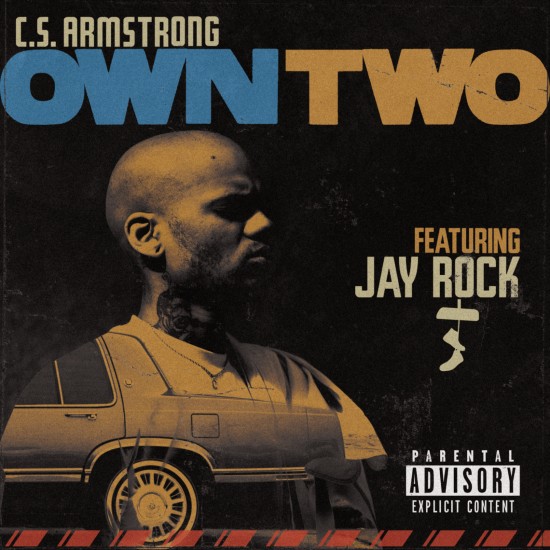 As part of his official debut on Republic Records, singer, songwriter and self-taught multi-instrumentalist C.S. Armstrong recently dropped his first single “Own Two.” The track features Top Dawg Entertainment’s Jay Rock and serves an instant head nod, while Armstrong’s vocals ooze with old-school goodness. The Houston-native and Jay Rock trade declarations of their independence while noting that life sometimes calls for support outside of oneself. Of his creative collaborator, in a recent interview Armstrong says, “Jay Rock executed the verse to perfection. He’s talking about those dualities because the tables do turn. There will be a moment you can’t do it on your own, and you need somebody. We all go through the cycle.”

Though this recent release marks his official major label debut, Armstrong has been making a name for himself among notables in the music industry for quite some time. He’s received co-signs from the likes of legends such as Dr. Dre and has worked with a number of hip-hop artists including Statik Selektah, Bun B and Action Bronson. Most recently, he was featured on Black Thought’s “Welcome to America” for the Judas And The Black Messiah soundtrack. Armstrong’s appeal lies in the palatability of his grittiness and we’re excited to hear more.

Listen to C.S. Armstrong do his thing on “Own Two” with an assist from Jay Rock and peep the lyric video. Be sure to add the track to your collection from your preferred digital platform and keep an eye out for more from his full-length debut, Shotgun, which is set to drop later this year.