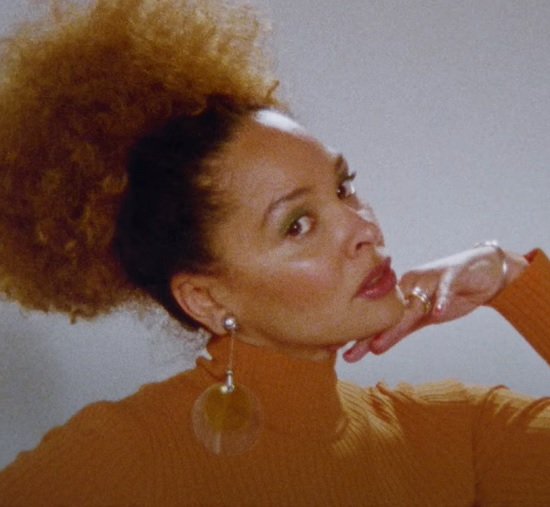 The mark of a great artist is that their work lives on long after they do. Though he's only been gone a short time, that can surely be said of the late singer-songwriter Bill Withers. His influence extends far beyond his '70s heyday, even inspiring tribute albums dedicated to him by modern day artists. With yesterday marking the anniversary of his death, German singer Joy Denalane decided to pay honor to his legacy with a cover of one of his best-known songs, "Use Me."

Joy's take on the song stays pretty faithful to the original, with an energized guitar paired and funky drum work leading the way. Joy adds her own flourishes, though, including strings, a full backing vocal and additional ad-libs and harmonies to spice things up in her own way. The vibe is taken further with the music video for the song. In it, she lets us into the behind-the-scenes process of getting camera ready. We watch as she's dressed, powdered, painted, styled and re-styled throughout the song's four minutes before it's all stripped back to what we saw in the beginning. The clip reveals all that goes into an engaging video and image and also brings a new perspective to what being "used" can also mean.

"Bill Withers once said he saw the clouds from both sides. He was a great storyteller, poet and composer. His songs like 'Ain't No Sunshine,' 'Lean On Me' or 'Just The Two Of Us' became anthems that we still sing today," Joy said of Withers in a press statement. "In memory of this great songwriter who passed away a year ago, I recorded a new version of his song 'Use Me.' Bill Withers will never be forgotten!"

No truer words have ever been spoken. You can check out her remake of "Use Me" and its video below. For more Joy Denalane, be sure to also give her recent album Let Yourself Be Loved a spin.