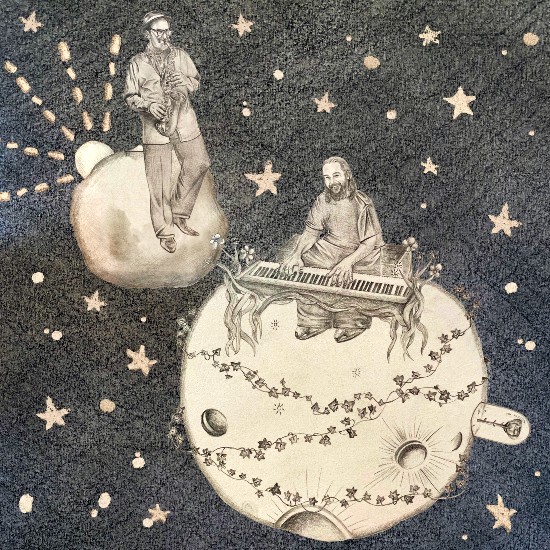 As they prepare for the release of their collaborative album Small Things, Brooklyn-based musician Nick Hakim and jazz saxophonist and composer Roy Nathanson summon eager fans into their world with the project’s lead single “Moonman.” The dreamy track conveys the awe of its celestial inspiration, while the Mike Swoop-directed visual takes viewers along for a cosmic, and at times comedic, journey. Donned in black-and-white space suits, the monochrome capture follows the duo as they explore the moon and all its glory in search of their forthcoming album. The imagery gives new meaning to seeking inspiration “outside of the box,” and we’re excited to enter into their new and innovative frontier.

Just as the wonder of the universe is often difficult to explain, apparently so is the natural development of Hakim and Nathanson’s collaboration. The creative process for the project is described as “organic,” as Hakim’s reading of Nathanson’s poetry inspired several chords that later became the foundation for the album. Though almost a year’s worth of reworking and re-recording would follow, Nathanson says, “It seems we were lucky. Looks like we got ourselves on the moon the old-fashioned way." ‎

Transcend your own space and get into Nick Hakim and Roy Nathanson’s “Moonman.” Be sure to add the track to your collection from your preferred digital platform and stay tuned for the Small Things album, which is scheduled to drop on April 16th.