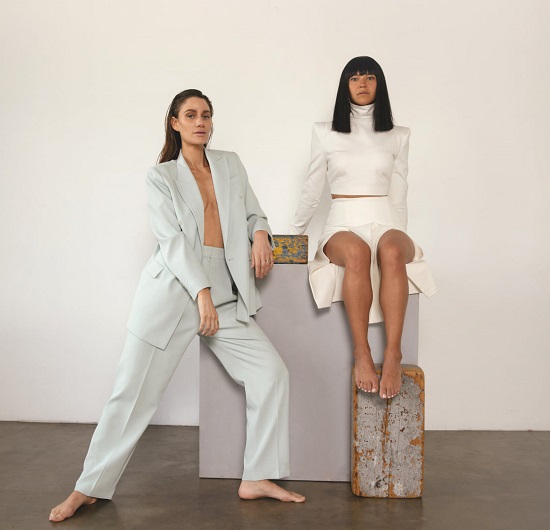 The music industry is already a difficult place to navigate. Now try to imagine navigating that beast in the throes of a pandemic. It's a reality that many artists have faced, including our girl Niia. The singer-songwriter was poised to take 2020 by storm with her just-released II: La Bella Vita at the top of last year. Then came March, which brought things to a standstill. Niia isn't let last year's setback keep her down, though. In fact, she's released her brand-new single "Not Up For Discussion" for our listening pleasure.

Niia seems to have some things she had to get off her chest with this one. In particular, she mentions her second album and the extremes she went to promote it: “You can buy a star rating / A rave review / Your face on a billboard / Yeah, I spent more on album 2.” But she also uses the song to discuss the pressures that society puts on individuals by stating the maxims and commands constantly hurled at us before coming to her own conclusion. "I'm tired of being good / With nothing left to give," she sings matter-of-factly. Anchoring her real talk is minimal production (once again provided by Robin Hannibal) that is assisted by the bass playing of Khruangbin's Laura Lee. It all makes for a brooding track that still somehow feels warm and inviting while courting rebellion.

Niia hasn't specified whether "Not Up For Discussion" is the first we're hearing of a new project or might be part of an expanded edition of II: La Bella Vita. Whatever it might be, it's definitely the perfect listen for anyone into the singer's unique style.


TAGS:  audio, Khruangbin, laura lee, Niia, robin hannibal
Previous: Midas Hutch Takes Us Along For ‘The Ride’ With New EP Next: Carmen Rodgers Is Up To ‘No Good’