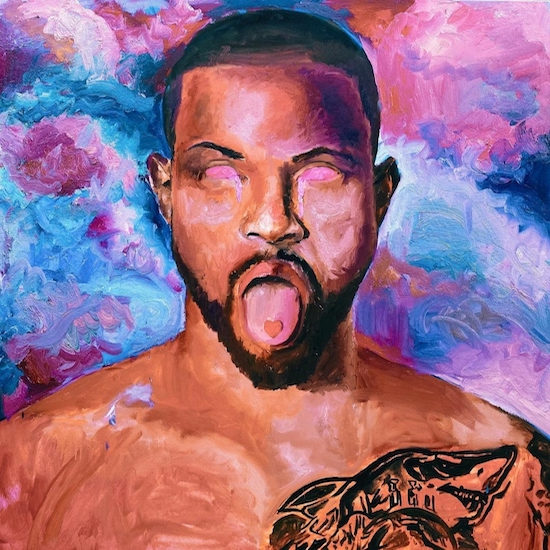 Life can be hard for multi-hyphenates. For every rapper-turnt-actor like Will Smith, there’s another hard-working individual who has a hard time getting recognized for one of their talents, let alone two. Then you have people like child actor-turnt-grown-ish ass leading man Trevor Jackson, who has been grinding on his music AND his acting at the same damn time for quite some time. But the acting has edged out the singing in terms of recognition and success. Undeterred, Jackson has continued to put in work on his music, releasing his first projects, #NewThang and In My Feelings, and subsequent EPs, Rough Drafts, Pts. 1 and Rough Drafts, Pt. 2, showing his growth. Now the Superfly star has delivered his official debut album, The Love Language.

The 14-track LP embodies the singer’s insights and past experiences in love. According to the artist, “Love is the universal language of all things and I hope this album gives people more confidence to understand their own love languages and how to communicate them.” While that statement makes us wonder if Trevor Jackson is any relation to dethroned relationship guru Derrick Jaxn, we’re still willing to give the man a chance.

The album opens with “Love Don’t Change,” an acoustic ballad where Jackson says it doesn’t matter what the world throws at him, he knows that love will always be there to lift him up. “When the birds don’t fly and the church don’t sing, one thing I know is your love won’t change on me,” he sings with a husky tenor over an acoustic groove, providing an unexpected opener that separates him from his trap&B peers. This track is followed by the uptempo “Your Everything,” where he reciprocates the love he receives by promising to be his girl’s best friend, mama, daddy, brother, auntie and cousin, too. Then there’s “Bouts To Be,” a thumping track where he brags about how he’s about to put it down in the bedroom.

“Better,” a song about still being in love even when things aren’t their best, comes next. Then there’s “Picture By My Pool,” where Trevor bemoans the vapid nature of a girl who is a 10 on the outside but a zero on the inside, riding his wave for selfies. And speaking of “Riding The Wave,” which is the title of the next track, Jackson finds himself nipping at a young lady’s heels because he can’t help but fall for her.

On “Be Yourself,” Trevor laments his girl getting wrapped up in everything but him. Then, on the funky “WYBL” he asks, “Who you been loving?” looking for the truth about their relationship. Production-wise, “WYBL” is one of the more experimental tracks on the album, as it blends a lot of elements, like finger snaps, beat boxing, background vocals and bass heavy synths, into a harmonious ballad about relationship that’s all over but the shouting. And then there’s the current single “Get To You,” the project's standout track where the star is running all over town and the Internet flexing, hoping his ex will notice and want him back. “LOVE&affection” finds Trevor trying to move on, but not quite, as he tries to come to grips with the truth that sometimes relationships don’t work out and it’s no one’s fault, but he can’t help still being in love.

“Tiny Dancer” isn’t a cover of the classic Elton John tune, but it's Jackson's attempt to find a ‘round the way girl who’s on the petite side. Then there’s “Rolling Stone,” where he tells another story of a woman caught up in the streets while trying to pursue her dreams. The series of familiar song titles ends with “Just Friends,” which has Trevor trying to get out of the friendzone. The project ends on “This Won’t Go Viral,” another acoustic jam where Jackson, a 24-year-old entertainer in the prime of his life, admits that saying “I love you” to someone probably isn’t the popular thing to do, but it’s the coolest thing to him.

The Love Language does a good job of showing Jackson’s talent and helping him separate himself from his peers, along with the guys currently running the R&B game like Chris Brown and Trey Songz. Tracks like “WYBL,” “Get To You” and “This Won’t Go Viral” show that he’s more than just a handsome face riding his fame and trap beats for additional success. Songs like “Be Yourself” and “Rolling Stone” can come off a bit judgey and unfair towards women, and Trevor never admits to any of his faults on any of the 14 tracks on the album. Nonetheless, the project is still a fun R&B romp making The Love Language a definite win and another step towards greatness for the superstar in the making.