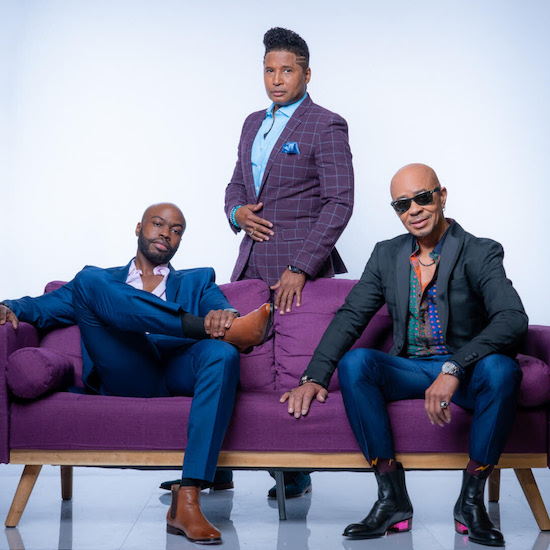 After 7 – the trio who brought us the beloved R&B classics "Can't Stop," "Ready Or Not" and "'Til You Do Me Right" – is hoping to return to the charts and fans' hearts with their forthcoming album Unfinished Business, and they are off to a strong start with the lead single "Bittersweet."

Original members Kevon Edmonds and Keith Mitchell welcomed Danny ‘SkyHigh’ McClain into the group in 2019 after the departure of Jason Edmonds, who stepped in to replace his father Melvin Edmonds after his sudden death earlier that year. The revamped trio has gotten their groove back, and their soulful synergy can be heard on the new single.

Producer JCash Beatz and co-writers Tradessa Willis and Trevon Trapper from the duo Shakespeare lace the fellas with a track that is both classic and contemporary. Over a slinky sound bed of synths and programmed drums, Kevon takes the lead with his signature vocals wrapping themselves around provocative lyrics about accepting the good and the bad in a relationship. "It's pain and pleasure to love someone so much you hate them, but you love them," he croons on the first verse. Edmonds, Mitchell and SkyHigh later collide in harmony as they sing about a love that's equal parts heaven and hell, which somehow balances out.

"Bittersweet" is just the beginning of an onslaught of new tunes from the group who have so much more left to sing about on Unfinished Business. According to Kevon, the album title reflects their feelings about their career. “Unfinished Business simply speaks to the fact we felt that there was still more in us musically to explore and share with our fans that have known us and even the ones that don’t," Edmonds stated via press release.

After 7 will release their album Unfinished Business on Friday, May 14th.