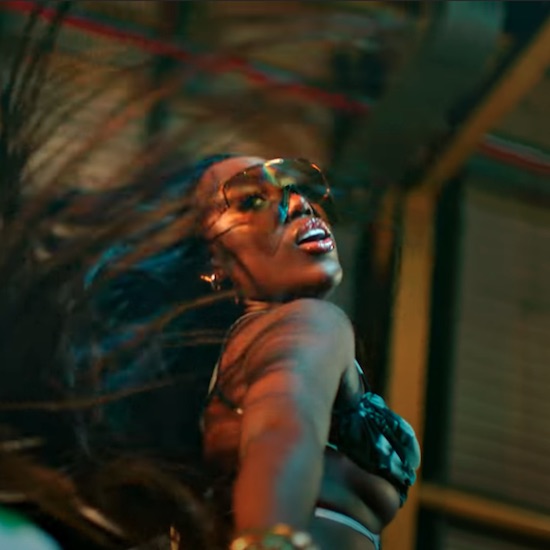 British bombshell Bree Runway continues to show the world she’s something like a big deal. After hooking up with her idol Missy Elliott on the track “ATM,” she’s back solo dolo with a new single that’s just as “HOT HOT.”

Like "ATM," “HOT HOT” is an undeniable bop. “You think you hot hot / You ain’t got it like me / Don’t lie, baby, tell the truth,” Bree boasts on the chorus. While Runway is letting the boys know they ain’t ready for her, the artist actually describes the track as a self-love anthem. "Typically for me, it's about reaffirming your power and believing in yourself cause 'you can never do it like a Brenda,'" she said about the track. "I want my fans to never feel afraid to hype themselves up, they're the s**t and they don't need to wait for anybody to tell' em they are!"

The visual for "HOT HOT" lives up to its name. The clip opens with a slobbish young man in a car scoping out Bree’s heel game, which is literally on fire with cartoon flames jumping with her every step. He peeps her showing off a little ankle and turns into a cartoon wolf. The clip then transitions to the man’s fantasy of Bree and her homegirls washing the car while popping their thangs all over the place. We also get a scene of Bree dressed in all white perched atop a motorcycle and riding it like a cowgirl when she's not dancing with her girls. By the end of the clip, things get too hot for old boy to handle.

As people prepare to start wearing less and going out more now that we’re rounding the corner on the panny, Bree may have just given us the first banger of the summer. "I feel like this is the song everyone needs to hear as it gets hotter and the world eases up," Bree says of the uptempo single. "This pandemic hasn't been easy on the brain, and with being indoors wearing joggers 24/7, it's been hard to feel like a hottie, so I'm hoping this track will help." Mission accomplished, Bree. We're feeling sexier already.