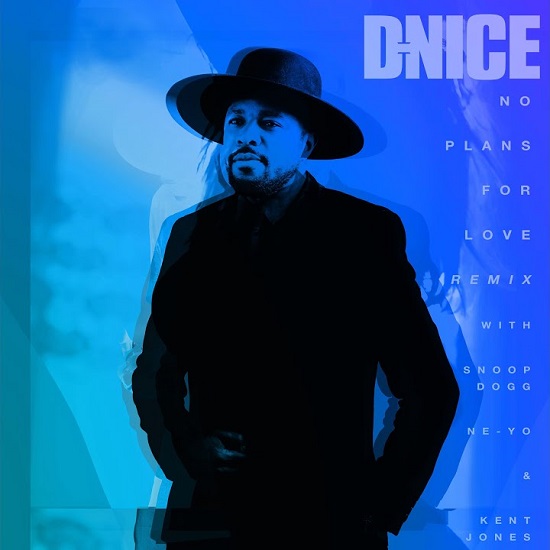 D-Nice is a man who knows how to keep the party moving. The Club Quarantine mover and shaker has proven this time and time again, especially with the release of his single "No Plans For Love." The single, featuring the vocal talents of Ne-Yo and Kent Jones, is a guaranteed dance floor filler without much need for improvement. However, a little Snoop Dogg never hurts the groove, and the veteran is on hand to lend his voice to the song's official remix.

Snoop makes his presence known almost immediately, sliding in smoothly with a verse about the kind of company he likes to keep while emphasizing that he likes to be alone but he's never lonely. Once his verse is done, the rapper disappears like a thief in the night while Ne-Yo jumps in to give his verse. Nothing from this point is changed from the original version, but we're not mad at the rehash. The jam is still pumping and the beat is still bumping. And with Kent and Ne-Yo on the harmonies, there's no way that this one can miss.

No other news about D-Nice's upcoming producer's album High Vibrations was dropped alongside this remix, but we suspect we'll hear something soon as momentum and anticipation build for this project. Does Snoop add enough flavor to this D-Nice groove for you? There's only one way to find out. Press play and get into the remix of "No Plans For Love" below.


TAGS:  audio, d-nice, Kent Jones, ne-yo, snoop dogg
Previous: Anushka Beckons Us All To Be ‘Brave’ Next: Terrace Martin & Nick Grant Warn About Too Much Love On ‘Can’t Let You Go’