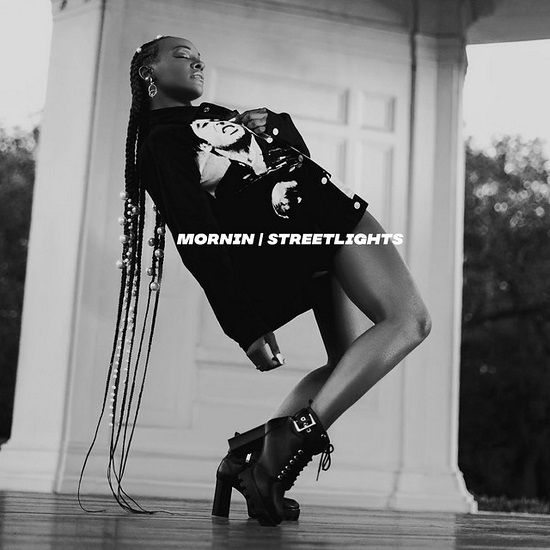 Dawn Richard has never had a problem pushing the envelope. Her fearlessness has led the singer-songwriter to create some of the most innovative music we've ever heard. And we don't think that's going to stop anytime soon. As she readies the release of her next album Second Line, Dawn keeps testing limits with the release of her new single "Mornin | Streetlights."

Like her genre-bending predecessor Tina Turner, Dawn starts things nice and easy on the track before she gives it to us nice and rough. The easy section is "Mornin," which treads in more traditional R&B waters. Starting with her mother telling her about the only time she's been in love, the track then segues into a guitar-driven groove that's easy like Sunday morning. Dawn gives us a husky vocal as she sings of a love that has her savoring moments, with her promising, "You gon' remember this in the morning / You gon' remember me in the morning."

The track then samples itself midway through as Dawn gets futuristic with it for the "Streelights" half. Things get glitchy as the beat picks up and she gets philosophical as she describes her drive to keep pushing herself. "I'm gonna run all the streetlights / Runnin' the streetlights / Always ahead of the time / Never losing my flight," she sings on the chorus, which sounds like it could fit the soundtrack for the dopest anime ever.

"’Mornin | Streetlights’ shows the parallel of my love life with music," the artist said in a statement. "Structure and rules don’t exist in this type of love, so it was important for me to not only approach this song with a nontraditional structure and length, but also push the design of what a love song should sound like. 'Mornin' embodies tradition and soul, and 'Streetlights' represents the future. I felt like the songs couldn’t be separate and needed to be together, so I created it as one song; the past and future can exist together within one record."

Mission accomplished, sis! With "Bussifame," "Pilot (a lude)," "Jacuzzi" and now this, it's safe to say that Second Line will be a vibe, a wave and a moment when it arrives on April 30th. Hear the latest from Dawn Richard below.


TAGS:  audio, Dawn Richard
Previous: Tony Momrelle Promises That ‘Someday We’ll All Be Free’ Next: Queen Naija & Ari Lennox Hatch A Plan To Catch Their Man In ‘Set Him Up’