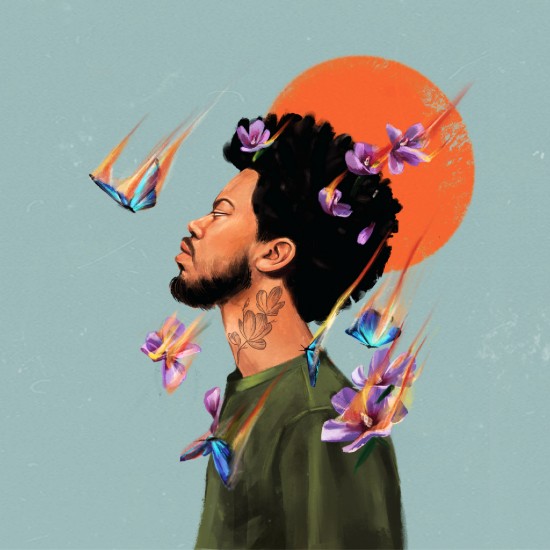 Hours before the release of his debut album Aura III, singer-songwriter ELHAE sent his fans a plea to have an open mind. Via Twitter he stated, “Throw any expectations going into this release out the door. Accept each project as a different chapter. Just hit play tonight and enjoy the vibe.” Such a request might imply that listeners should prepare themselves for somewhat of an audible experiment. Whether it was simply nerves or an innate desire to set expectations, his much-anticipated Motown debut has remained in heavy rotation and his pre-release petition now feels unnecessary. Aura III gave us exactly what we needed from the North Dakota-born, Georgia-bred artist and even a few surprises.

The 11-track album kicks off with lead singles "Fun Fact" featuring Rick Ross and "My City" alongside Masego. He then takes listeners through the up-and-downs of relationships, showcasing his songwriting talent over moody production. While collaborations with his peers on tracks like “Sick of Playing” featuring Xavier Omär highlight ELHAE’s knack for holding his own, one of the project’s main standouts is an ode to true love entitled “In My Corner.” The sweet and soothing track is set to the melody of the Carl Thomas classic “I Wish” and is followed by the hood romantic, trap-heavy tune “I Can See.” He ends the album with a snippet of “Fun Fact” reimagined as a ballad, and it’s a surprising sonic treat that is right on time.

ELHAE’s Aura III doesn’t disappoint and offers something for every mood. This project is the latest chapter in his musical story – one that we're looking forward to hearing unfold.


TAGS:  "rick ross, audio, carl thomas, elhae, Masego, xavier omar
Previous: Conya Doss Gives Us Everything We Hoped For On ‘Wishful Thinking’ Next: Common Gives Us A Black Lady Rollerskating Jam In ‘What Do You Say (Move It Baby)’