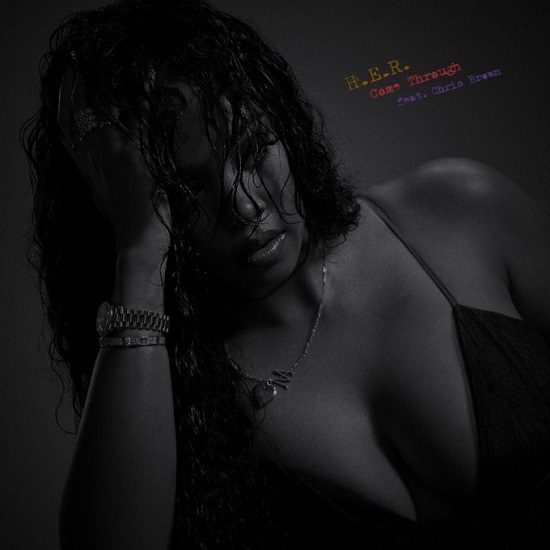 H.E.R. has found continued success throughout the industry, racking up many awards and accolades (including a Best Song nod at this weekend's Academy Awards ceremony). Surprisingly, this has all come to the singer-songwriter despite her not releasing a proper debut album — with H.E.R. and I Used To Know Her both compilations of previously released EPs. According to some little birdies throughout the industry, that's supposed to change with her as-yet-unannounced debut Back Of My Mind set to arrive sometime this summer. Perhaps that's why she's bringing out the big guns with her latest single "Come Through," which features none other than bad boy hitmaker Chris Brown.

While H.E.R. has never shied away from the topic of sex, "Come Through" might be the most direct she's been about it. The Cardiak-produced track (co-written by her fellow GRAMMY-winning partner in crime Tiara Thomas) finds her trying to set up a sneak and freak situation to take the stress away from a bad day. While the verse describes her bad day, the real action happens on the song's chorus, with H.E.R. singing, "You should come through tonight / I'm chilling on the Westside, boo / Call my homegirl, tell your best friend / You can slide too on the low, unknown location / I don't want them see me gettin' faded." Chris steps into the role of comforter on his verse, offering a shoulder to cry on among other things while agreeing to slide through on the low.

This sexier side of H.E.R. (which you'll get to see even more in the visualizer below) seems to be one of the new hats she'll be trying on whenever she decides to release her next project. Listen to H.E.R. and Chris Brown break it down when you press play.