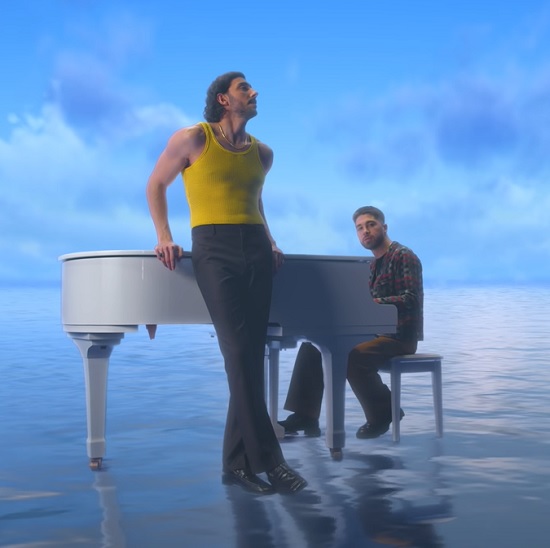 Majid Jordan left us wanting in 2019. Not that they released a bad song (that hasn't happened yet), but they did release a string of singles and then ultimately dipped. We're willing to forgive the teasing seeing as we were plunged into a global pandemic mere months later, but we'd also like to know what's going on with the twosome. Luckily, they're back on the block and they've got a new single, "Waves Of Blue," for our listening pleasure.

"Waves Of Blue" gives us more of the pop/R&B we expect from the duo, with a clear focus on their usual synth-heavy aesthetic. It's alive and well on this track, with the sounds zipping and zooming all over the track thanks to Jordan Ullman's skillful production. Majid Al-Askati, meanwhile, states his case about an undeniable love that he can't seem to shake no matter how bad he knows it will end. Still he's kept afloat by his love, singing, "I wanna hold you close / Don't wanna let you go / Be with you night and day." Sounds like our boy's got it real bad, y'all. The track was also released with a visualizer (not to be confused with a video) that features the duo performing while beautiful computer-generated scenes of space, nature and whatever else they're imagination dreams up forming all around them. If this is just a visualizer, we can only imagine what the actual video will be.

"'Waves of Blue' is like staring at the ocean," Majid Jordan explained about the song in a press release. "You’re not in the water, but you’re still getting carried away by its currents. It's the story of someone's desire to love and be lost in that love. 'Waves of Blue' was made at the very beginning of this album, and it only makes sense that we begin our next chapter with this song."

It looks like "Waves Of Blue" is the official first single from their upcoming third album, though they haven't given much in the way of other information. We'll see what comes out as they ready its release. Check out a stream of the single and its visual below.