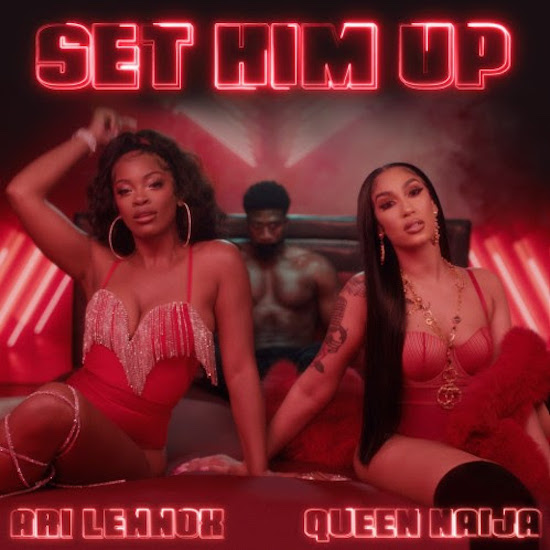 Queen Naija and Ari Lennox let us eavesdrop into their girl talk sesh on their scandalous new duet "Set Him Up." The ladies each share freaky tales of how their man puts it on 'em in the bedroom. As the convo flows, however, their stories intertwine with a few too many conincidences. Queen and Ari compare notes and quickly come to the conclusion that they are dating the same dude. Instead of getting big mad at each other, though, they plot and plan to play the cheater like he's played them. For these two, the R in R&B stands for revenge.

“I had so much fun recording this song with Ari! We started recording it a while back and I’m excited we were able to come together and get it finished," Naija excitedly shared in a press release. "I know a lot of women who have actually realized they’re dating the same guy. We thought ‘Set Him Up’ would provide a fun take on this crazy kind of situation!”

"Set Him Up" isn't just a one-off single from these R&B starlets. It is actually the first listen from Queen Naija's upcoming deluxe edition of her debut album missunderstood, entitled missunderstood...still. In addition to "Set Him Up," the set will feature four more previously unreleased tracks, and it's scheduled to be released via Capitol Records on Friday, April 16th.