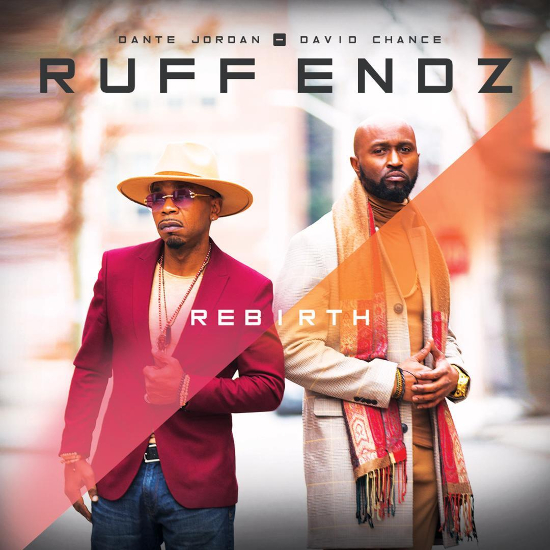 Over the past decade, we've seen a surge of new albums from '90s R&B groups. But lately, artists from the aughts have been seeing a comeback of their own. Baltimore duo Ruff Endz is the latest to enter the ranks. After marking the 20th anniversary (in 2020) of their Love Crimes debut, members Dante Jordan and David Chance are celebrating the milestone with the release of their new album Rebirth.

In speaking of the 11-track project, Ruff Endz explains, "The inspiration behind this album was birthed out of our experiences, both personally and professionally. Musically the album embodies elements from the classic era of R&B which we thought were important to preserve but still be able to incorporate a 2021 perspective." This is exactly what makes Rebirth an enjoyable album. Jordan and Chance have managed to retain the sound that made them famous without sounding obsolete. Even when they incorporate trite phrases like "go half on a baby" and "You must be tired, girl...you've been running through my mind all day," it elicits a playful smirk rather than an eyeroll.

The duo starts the album on a high note with "Party Over Here," equal parts club anthem and stepper's groove featuring a perfectly placed interpolation of Jodeci's "Get On Up."  The lively track is followed by a series of satisfying slow jams, starting with "All My Love" – a body roll-ready tune enhanced by a feature from NaTasha Rogers (aka The Talk Box Queen) with a nod to another throwback classic (Guy's "Piece Of My Love"). In addition to lead single "Be The One," other highlights include "Congratulations," "Hopeless," "Slow," "Sorry" and "Only One I See." Additionally, Bone Thugs-N-Harmony fans will be excited to hear Krayzie Bone featured on "Your Body."

For Ruff Endz, the project is more than just making music, it is something they connect with on a personal level. "We are excited about this project because it’s a true expression of how we really feel as men," they explain. "We see life as a roller coaster of emotions and Rebirth is a reflection of us riding the emotional ups and downs of life. Each song shares about an emotion that we have experienced and how we dealt with those situations."

Listen to Ruff Endz expresing themselves and channeling their emotions into Rebirth via the Spotify preview below, and keep tabs on the duo on Twitter and IG.