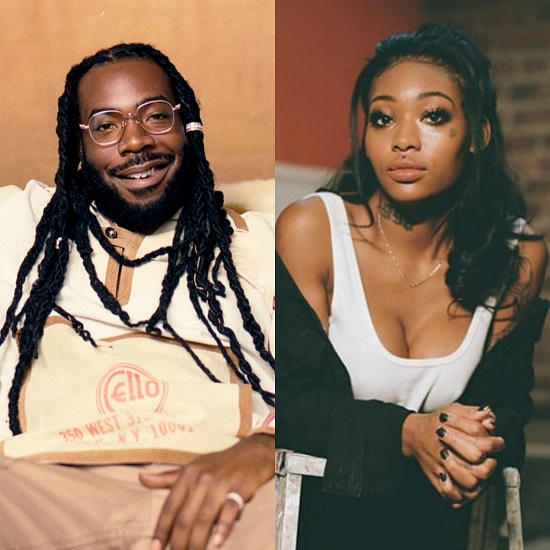 Shelley FKA DRAM will officially reintroduce himself this Friday (April 30th) with the release of his new self-titled album. He's been kind enough to give us a couple listens from the album with singles "Exposure" and "Cooking With Grease." Now that it's release week, he serves up his next single "All Pride Aside," a duet with his labelmate Summer Walker.

"All Pride Aside" continues the theme of sensuality found in the album's previous releases. This time, however, he emphasizes enthusiastic consent as he seeks some alone time. As the mid-tempo groove bounces along in all its sensual glory, Shelley lays it all out there. "If I swallow all my pride / Then you then would be alright / And if you gave yourself to me / That would be enabling," he sings. Summer seems game on her verse, though she has a few requirements, singing, "Here's what I need from you / To be the kind of man who makes / Lovin' you so easy to do / Keep the same amount of energy you're givin' now / And I'll make sure to be the only queen you give a crown." The two seem to come to a consensus, as the song evolves into a breathy whirlwind that can only be called a musical climax.

This is a big week for Shelley FKA DRAM. He has the release of his sophomore set, of course, but he has also dropped his recent appearance on NPR Music's Tiny Desk (Home) Concert series. He performed a set filled with songs from the album, including the aforementioned "Exposure" and "Cooking With Grease, past single "The Lay Down" and brand new track "Rich & Famous." Between this new single and his Tiny Desk performance — both of which you can check out below — it's safe to say that Shelley may truly be something special.


TAGS:  audio, Shelley FKA DRAM, Summer Walker
Previous: Amber Mark Wants You To Know You’re ‘Worth It’ Next: Trevor Jackson Takes On All The Roles To Be ‘Your Everything’