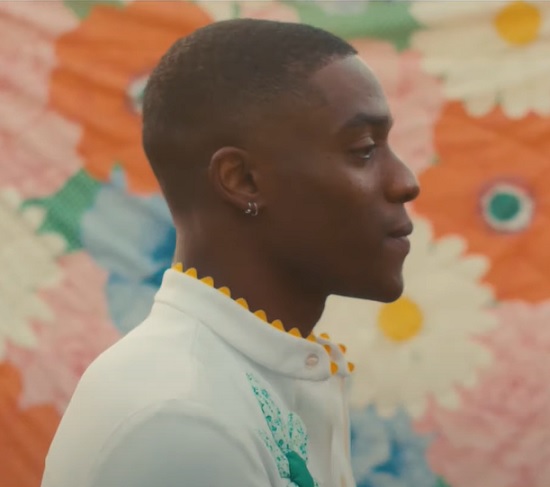 As we continue to wade into spring and see summer on the horizon, we're looking forward to what might be the end of this pandemic. The spring-summer feeling that's in the air of course needs a soundtrack and that's where Mr. Sunni Colón comes into the picture. The LA-based artist has been laying low since 2019, when we last heard from him on his single "Supernova." Now he's back with new single and video "Provide."

"Provide" is a dreamy slice of R&B obviously influenced by the soulful sounds of yesteryear. The song is buoyed by rhythm guitar, a tight horn section and piano that floats softly on the rhythm of the drums. With a solid but gentle wall of sound in place, Sunni sets a romantic mood with his meaningful lyrics and mellow delivery. He doesn't rush the track, instead letting it breath a while before offering the verse, "Apple of my eye / Perfect melody / Sweet and so divine / Delighted energy," he sings. "Please just give me something / Provide."

"Influences from Africa and Brazil, along with my musical knowledge of the ’70s and ’80s, inspired my new single 'Provide,'" he said in a statement about the single. "I worked through and arranged gliding horns and a bridge with a dazzling flute solo that invokes early '70s jazz-funk explorations, before ultimately devolving into an atonal piano outro."

He also worked those influences into his self-directed video for the song. We see Sunni and his leading lady basking in the glow of a sunlit apartment, dancing among the rich colors and hues it's decorated in. There's an electric chemistry between the two but also a slight sense that something might be amiss as the video plays on. Once we make it to the song's end and the aforementioned atonal piano, scenes are bathed in blue light and shot in a trippy reverse motion before fading to pastel shades for the credits.

Word is that Sunni Colón has a self-produced EP in the works that should be arriving this year. We'll more than happily vibe to "Provide" until we get further word of what he has in store.