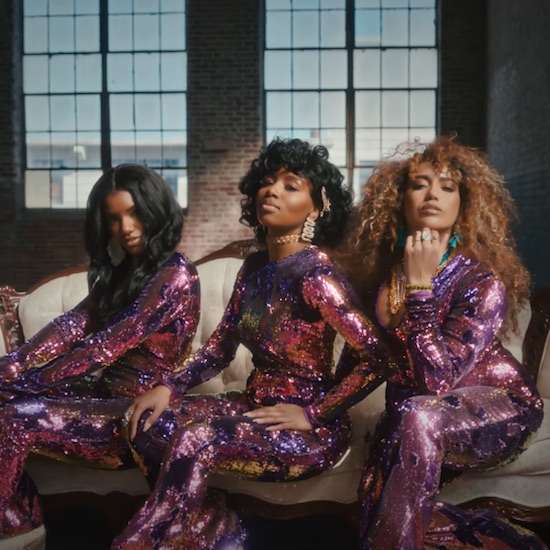 The Shindellas have been on the come up for a few years, releasing a slew of singles and videos and working extensively with the duo Louis York, the masterminds behind the trio that boasts no lead singer because all three can blow. Now Claude Kelly and Chuck Harmony are ready to take The Shindellas to the next level with the official introduction of the soulful girl group to the masses with their new single "Money" and its dynamic music video.

On "Money," The Shindellas let it be known that, "there's more to life than a dollar bill." It's a sentiment we've heard before but not quite like this as the ladies harmonize and take melodic turns calling out all the greedy folks out here only concerned with cash. "Nothing's as pure as it seems / Everyone's out for the green," they sing, just disgusted at the state of things. Halfway through the song, though, they are lifted up by the power of love and everything else becomes irrelevant. The song builds with The Shindellas creating a wall of sound with their vocals, as they end with the message, "Money, none of it means a thing / Without somebody by your side / Without your tribe / Without real love."

Group members Kasi Jones, Stacy Johnson and Tamara Chauniece bring a lot of razzle dazzle to our screens in the Aaron Greene-directed music video for "Money." The ladies are glammed up in matching purple sequined jumpsuits that hug their every curve but remain tasteful. Shot in an empty loft, they perform for the camera and exhibit a sisterly bond that brings their live performances to mind. They may be singing about valuing love over money, but The Shindellas look like a million bucks in this clip.

Along with the official debut of The Shindellas with the release of "Money" comes the announcement of the group's debut album. Entitled Hits That Stick Like Grits, the collection will be released on Kelly and Harmony's Weirdo Workshop label, and we fully expect The Shindellas will fill us full of their New American Soul food.