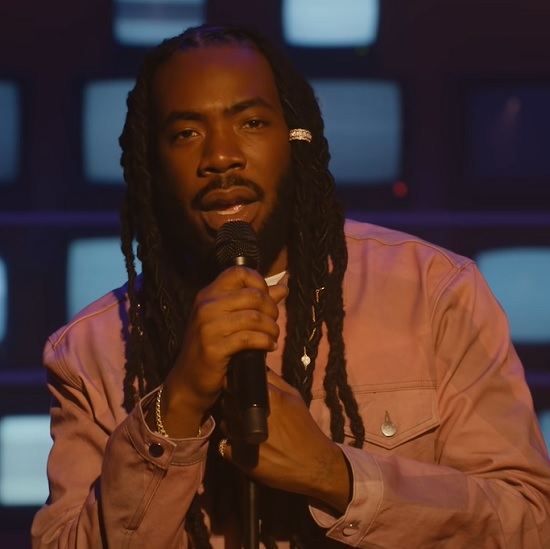 Shelley FKA DRAM has officially reintroduced himself with the release of his self-titled album. But just in case you weren't sure of who he is, he's also been doing a lot on the visual tip. He's been doing a lot of this work via YouTube, where he's created a parody late-night program simply called The Shelley Show. The "show" has been how he's themed his music video for "Cooking With Grease" and now his newest for "All Pride Aside."

Though the song features Summer Walker, the singer is absent from this outing as Shelley takes the stage solo dolo. Don't worry, though, as he's able to hold his own on the track. After an introduction from himself, the spotlight finds him on the stage as he earnestly croons the tune. He goes through both verses before everything fades to black just before the song's climax. Shelley continues to vamp from there as the music gets quieter and quieter before eventually slowing to a halt. If nothing else, this particular performance gives credence to his newfound loverman persona.

Of course, Shelley FKA DRAM the album has more where that came from. Not only did he link with Summer Walker, but the set also features appearances by Erykah Badu, H.E.R. and an ambitious cover of Daft Punk's sensual jam "Something About Us." You can get into the video for "All Pride Aside" and the full album stream when you head below.