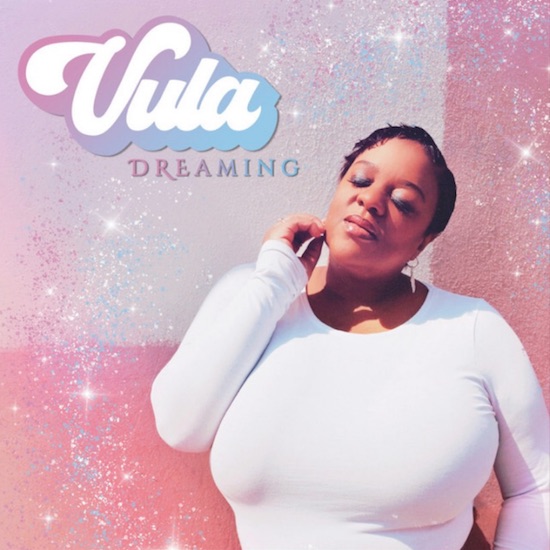 Though it’s been quite some time since she’s dished any solo material, singer-songwriter Vula has nearly two decades of putting in work in the music game under her belt. She's undoubtedly kept the grooves going since her previous collaborations with the likes of Incognito and countless others, as well as her more recent work alongside artists like Reuben James, Marc Benjamin and Afrojack. Still, we were elated by the release of her new single “Dreaming” and excited to hear there’s more on the way.

Co-written by Vula, Sam Crowe and Ben Muralt, she sings of a love that feels almost too good to be true. Produced by Crowe, the track itself feels whimsical and romantic and offers a much-needed sense of bliss, following the disaster that was 2020. Like most of us, Vula admittedly found it hard to cope during last year’s madness and mahyem. Thankfully, she was able to press through the tears and trials to create beauty alongside her frequent collaborators and friends. She says, “I'm one lucky lady to have some ridiculously talented folk who've helped me create my art.”

Give Vula’s “Dreaming” a listen, and don't be surprised when you find yourself listening on repeat. As an independent artist, she invites her adoring fanbase to follow her on Bandcamp and keep an eye out for her upcoming EP Conversations With Myself, due to be released soon via ZuluGirl Records.