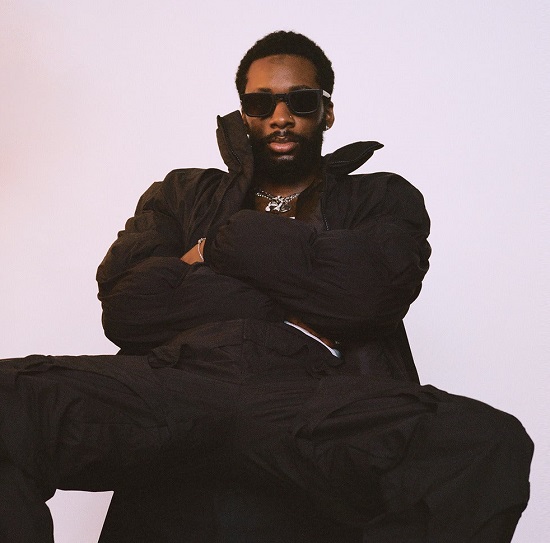 GoldLink has been dropping quite a few songs that were experimental in nature in the past year, including the boastful "Best Rapper In The F**kin World." Interestingly enough, none of them appear to have made the cut for his upcoming album HARAM, which will soon be released. Instead, he's giving us a taste of what's on the set with new single "White Walls."

"White Walls" is still on the experimental tip, especially compared to his early career offerings. An off-kilter piano loop acts as the melody of the song while vocal samples are spliced in at random intervals over knocking drums. GoldLink meanwhile offers his signature flow as he gets some things off his chest, including his aversion to riding the wave. One particular sentiment that's got everyone talking though is his lyrical middle finger to Sheck Wes, whom he calls out by name. The two have had beef for quite some time, likely tracing back to when GoldLink's then-girlfriend Justine Sky aimed domestic violence accusations against Sheck in 2019. There's definitely no love lost, but he quickly moves on to more important matters, like dubbing himself the leader of the culture.

GoldLink albums are always an experience and we can't help but wonder what else is in store on HARAM. We won't have to wait long at all, however, because the album will be here this Friday (June 18th). With so little time before it drops, we'd suggest you get into "White Walls" now and prepare yourself for what's to come.