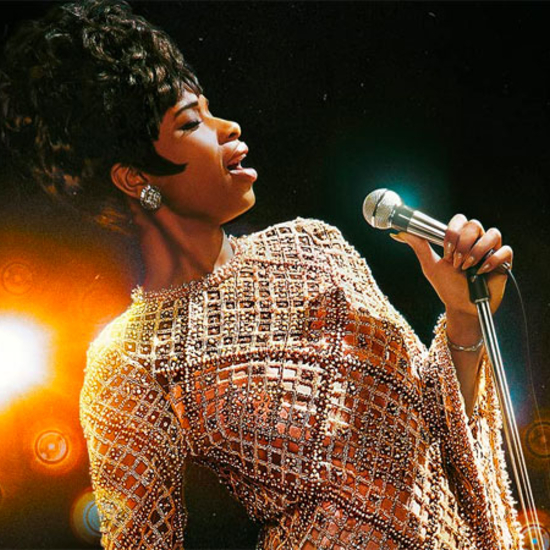 Ever since it was announced that Jennifer Hudson would play Aretha Franklin in her forthcoming biopic RESPECT, people have been on pins and needles awaiting the first peep of JHud singing the Queen of Soul’s classics for the film. Well, with the movie release right around the corner, we’re getting our first taste with her rendition of “(You Make Me Feel Like) A Natural Woman.”

Written by Carole King, Gerry Goffin and Jerry Wexler, “(You Make Me Feel Like) A Natural Woman” has been covered by an untold number of artists, including Mary J. Blige, Celine Dion, Rod Stewart and even reality TV star Tami Roman when she was in a girl group. But none have matched Aretha’s original, and none have had as much pressure behind their cover of the sacred track. All eyes are on Jennifer, and given the care and charm she imbues into her rendition, we think that’s where she wants them.

Because this is for the Aretha Franklin biopic, Jennifer’s version of “(You Make Me Feel Like) A Natural Woman” doesn't veer too far from the original. We’re not going to get some deep house synths or a guest verse from Megan Thee Stallion. But what do get is a pretty impressive display of vocal talent from Hudson, who doesn’t try to emulate Aretha but instead does a respectful job of singing one of her signature tunes. The arrangement is Aretha all day, but the way Jennifer holds sings the notes is unmistakably her.

Along with “(You Make Me Feel Like) A Natural Woman” and many of Aretha's songs that we'll get to hear her cover in RESPECT, Jennifer contributed the original track, “Here I Am (Singing My Way Home)” a collaboration with King, Jamie Hartman and will.i.am to the soundtrack. The RESPECT Original Motion Picture Soundtrack will be released on August 13th, the same day as the highly-anticipated film. It will contain 17 of Aretha’s songs as sung by Jennifer Hudson. You can pre-order/pre-save the soundtrack now, and scroll down to check out the album's full tracklist below.

There Is A Fountain Filled With Blood
Ac-cent-tchu-ate The Positive
Nature Boy
I Never Loved A Man (The Way I Loved You)
Do Right Woman, Do Right Man
Dr. Feelgood
Respect
Sweet Sweet Baby (Since You’ve Been Gone)
Ain’t No Way
(You Make Me Feel Like A) Natural Woman
Chain of Fools
Think
Take My Hand, Precious Lord
Spanish Harlem
I Say A Little Prayer for You
Precious Memories
Amazing Grace
Here I Am (Singing My Way Home)