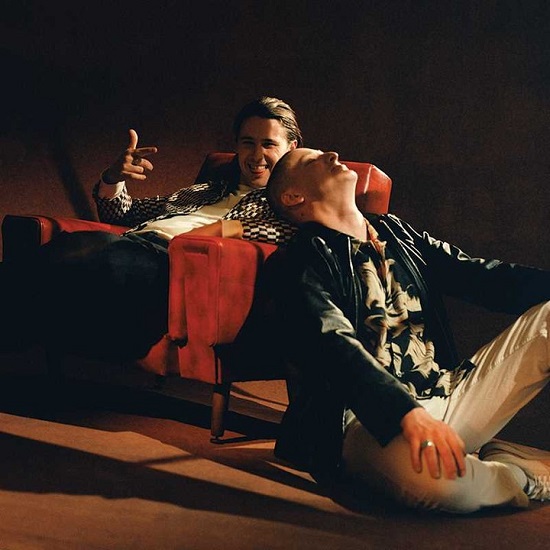 Jungle is coming. The UK electronic duo will be releasing their upcoming Loving In Stereo in a little over a month and they're pumping out the jams in the lead-up. We've already moved and grooved to their tracks "Keep Moving" and "Talk About It." Now they've linked with rapper Bas for the set's third single "Romeo."

The previous two tracks we've heard have been dance-heavy ones, but they switch gears for "Romeo." A smoothed-out soul sample acts as the anchor for the track while drums keep the beat headnod-worthy. That's where Bas comes in to play. He spits a few clever rhymes as he gives us a stream of consciousness that touches on many things. It all resolves into the refrain, on which he says, "Steel resolve / Look at you / You like a cube of sugar in a pool of water / Bet you will dissolve / Had so much to prove / But no wherewithal so you got / Nowhere at all no way out / Either way it’s all gon’ play out / It’s all gon’ play out."

"I've always been on a mission to work with artists whose sounds and worlds inspire me beyond raps sonic landscape. Jungle have been high on that list since a recommendation from a friend when I was in London 7 years ago. I was and still am completely blown away by their music," Bas said about how the collaboration came about. "Fast forward to The Greatest Day Ever festival a few years back our dressing rooms were down the hall from each other and I was BIG LIT off tequila so the voice in my head was like, 'GO IN THERE AND TELL THEM HOW DOPE THEY ARE.' I burst in there like the Kool-Aid man and did just that. WE linked back up in London and now we got a tuuuune. I guess the moral of the story is listen to the tequila voice in your head?"

For the visual, the choreography-heavy them of their previous outings continues. This time, we focus on a group of male dancers who take turns showing of their skills for the camera. The fellas are as agile as ever and have no problem mugging in front of the camera. It's another mesmerizing watch from the crew.

Loving In Stereo arrives on August 13th. Get into the latest from Jungle below.


TAGS:  audio, Bas, Jungle
Previous: Mya Lets Us Get To Know Her Alter Ego Mýa Lan$ky With ‘Worth It’ Next: SoulBounce Exclusive: Hil St. Soul & Noel Gourdin Have A Love That’s ‘Blessed’