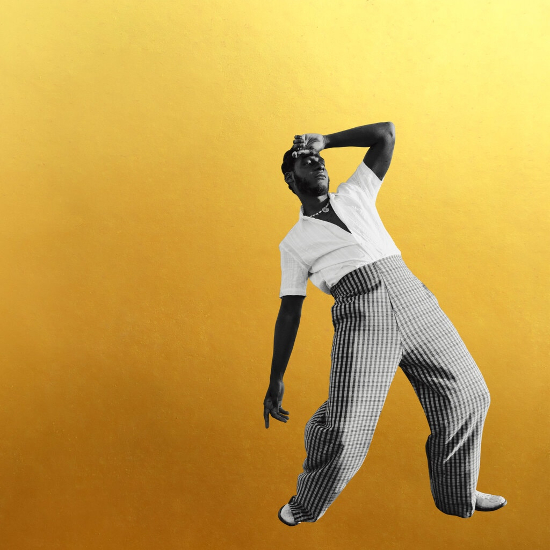 When Leon Bridges emerged in 2015 with Coming Home, his vintage sound and aesthetic hearkened back to a period of soul music much older than his (then) 25 years of age. The nostalgic vibe left such a lasting impression, that we were surprised (albeit, pleasantly) when the Bounce-Worthy artist experimented with an updated sound for his sophomore project Good Thing. From there he switched things up yet again, doing covers of songs like Ginuwine's "Pony" and releasing a collaborative EP with Texan trio Khruangbin. Now the magnetic singer-songwriter/musician further evolves with his third studio album, Gold-Diggers Sound.

While the title may initially conjure thoughts of materialistic paramours, Mr. Bridges is actually paying homage to the L.A. studio where the album was recorded. What's so special about this particular place? According to the artist, the title celebrates "where he lived, worked and drank over the course of two years. The soulful collaboration between Leon as an artist and the space itself was so encompassing that he chose to name the album after the studio complex." He describes the experience as profound and reveals, "...I've come out the other side an evolved person. I strove to reach new ideas and challenge myself alongside my fans." We can hear the impact of the experience woven through each track.

While Gold-Diggers Sound is not a complete departure from the classic style that propelled him to the spotlight, we can certainly hear and feel his growth as an artist. Leon explores a more R&B sound, meshing jazzier arrangements and neo-soul nuance with late-night longing and aching vulnerability. His voice maintains its tender, affective quality throughout. Album opener "Born Again" features a lush backdrop of drums and percussion led by Robert Glasper on keys. "Motorbike" oozes sensuality, while "Steam" turns up the heat even more with '80s synth and steady drums.

The thrill is gone in "Why Don't You Touch Me," but the lingering emotions are quite palpable and carry over into "Magnolias." The wooing charisma of "Details" and "Sho Nuff" is downright irresistible. Yet this isn't necessarily a happily ever after as "Don't Worry," a beautiful duet with Ink, offers a his/hers perspective in the aftermath of a breakup. Although the bulk of the album deals with love, Gold-Diggers Sounds isn't all romance and heartache. Terrace Martin joins Bridges on 2020 single "Sweeter," a song released in response to the racial unrest, injustice and murder of innocent Black men. The album closes with "Blue Mesas," a stirring, cinematic introspective that lingers in the air long after the final note is sung.

Once again, Leon Bridges delivers a noteworthy collection of songs that deserve a spot in your permanent rotation. Scroll down to preview the album and watch the artist cutting up with his boys in the visuals for "Steam." Afterward, download Gold-Diggers Sound via your favorite digital retailers, or head to Apple Music for an exclusive edition of the album that includes For It Shall Perish And Never Leave us Again, a short music film directed by Bradford Young. and keep up with Mr. Bridges as he plans to begin touring this fall with Abraham Alexander, The Marías, and Chiiild taking turns as his opening act.