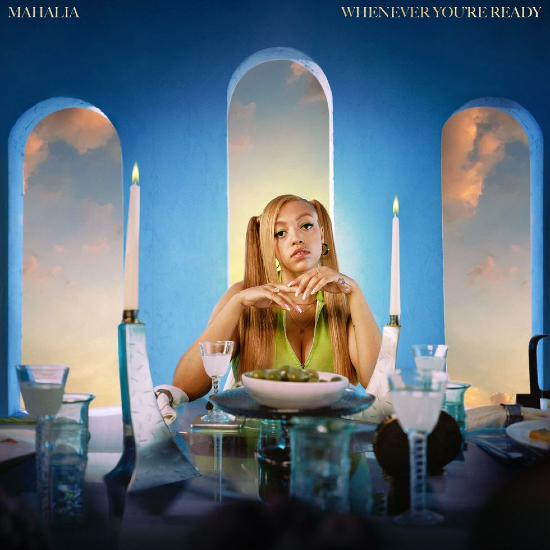 After releasing her 2019 album Love & Compromise, which featured the breakout track “What You Did” featuring Ella Mai, Mahalia didn't let the disaster movie that was 2020 break her stride. In fact, the songstress was quite prolific during the pandemic, releasing the EP Isolation Tapes and collaborating with a slew of artists including Jacob Collier and Pink Sweat$. Now she’s back on the solo tip with the new single “Whenever You’re Ready,” which has some bounce to it and a familiar sample.

“Whenever You’re Ready” is a playful bop that samples Montell Jordan’s 1999 hit “Get It On Tonite.” Co-written with MNEK, the uptempo track finds Mahalia reaching out to an ex to let them know that they still belong together. “You ain’t nothin' without me / I’m nothin' without you / There’s too much history," she confidently and convincingly sings. It’s the old "if you love someone set them free" adage set to funky music.

In the visual for the song, Mahalia is having a fun night in with her homegirls. They spend their time doing the normal slumber party stuff like their hair and calling people on the phone. It's then that we're hit with a bit of a twist, with Mahalia singing the lyrics to her girl who's on the other end of the phone line, making this song applicable to not only relationships but friendships, too. The video, which was shot on a smartphone, the Xiamoi MI11 to be exact, has a bit of a throwback vibe to the late '90s/early aughts. You can see it in Mahalia's styling (fuzzy hats FTW!) and visual elements that were popular around that time, such as a monochromatic color scheme in a wink to Destiny’s Child’s “Say My Name” and a nod to the futuristic look of Janet Jackson’s “Doesn’t Really Matter.”

Mahalia has a hot one with "Whenever You're Ready," and we are very ready for her next era.