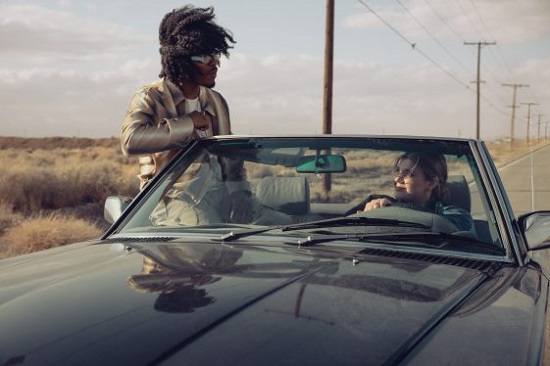 We have been waiting for an official debut album from the ever-talented Yebba ever since she came across our radar. Our wait is nearly over, though, as the singer-songwriter is readying her project Dawn to greet our ears in the near future. To that effect, she is giving us a brand new single to further stoke our interest with "Louie Bag."

The song — produced by Mark Ronson and counting Q-Tip among its writers — is a moody head-nodder that comes directly from a dark time in the singer's life. Bitter at the label rush to sign her and the industry pressure to make a deal so soon after the tragic death of her mother, Yebba reflects on her feelings in the lyrics, singing, "They cut my palms with paper / Made from her Autumn leaves / I'm bleedin' out disclaimеrs / Into my family tree / F**k the interviews to еnterprise / I'd rather look into my mother's eyes / And let it be." With minor chord piano, hard-hitting drums and her own raspy delivery, her point gets across. Rapper Smino also joins in with a verse that touches on the story Yebba tells while including his own introspection and struggle. It all leads to an important message about knowing your worth and trusting your own instinct and timing.

"It’s for any label that tried to sign me – for all those men talking to me like that," Yebba said of the track in a statement. "It’s me talking about all the confusion and the disarray I was feeling at the time, and delivering that right to their doorstep. I just sent those bad vibes right back to those motherf**kers."

It's good to see that Yebba won't be holding back on Dawn, as we've come to enjoy her raw lyricism and impressive vocals and wouldn't want that to change. The album is expected to arrive in stores on September 10th, but you can check out "Louie Bag" and its animated lyric video right now when you head below.


TAGS:  audio, mark ronson, q-tip, Smino, Yebba
Previous: Kiana Ledé & Kehlani Can’t Fight Their Feelings In ‘Ur Best Friend’ Next: All Eyes Should Be On Leela James With Her New Album ‘See Me’