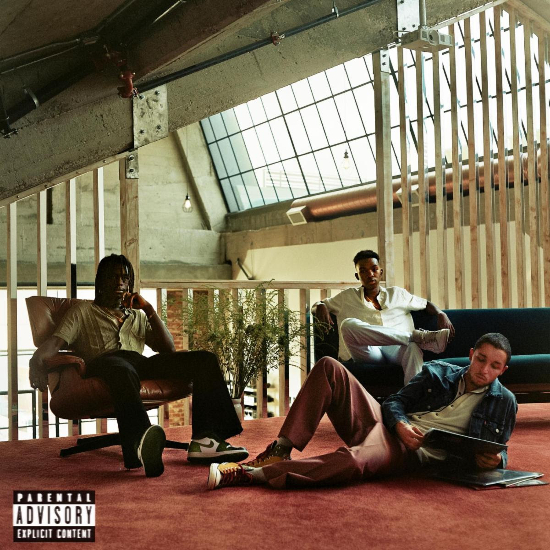 Your Grandparents' name alone – a nod to the elders who inspired their musical tastes through introductions to classic artists – is enough to grab your attention before hearing any of their music. Thankfully, the LA-based trio of DaCosta (vocalist/rapper), Jean Carter (vocalist/rapper) and ghettoblasterman (producer/vocalist) offers more than just a clever moniker. After an initial stint as a rap group, they've spent the past seven years honing their unique sound while growing a devoted fanbase. The culmination of their journey to date is the anticipated full-length debut entitled, Thru My Window.

The group began recording the album in late-summer 2019. They describe the overall theme as an ode to love and relationships, explaining, "Thru My Window is an alternative commentary on love in early adulthood. Illustrated through the joint perspective of Your Grandparents, the narrative portrays the origins of a budding relationship and its potential complexities." The concept grew wings following a life-changing trip to Paris, where the trio experienced emotional and musical clarity. Feeling renewed and recharged, they finished the project in a matter of months. The album also marks the first project where Your Grandparents invited other musicians to the studio and features live instrumentation.

With interesting lyrics and engaging delivery, all wrapped up in a satisfying blend of '60s soul, '70s funk, psychedelic rock and modern hip-hop, Thru My Window delivers 10 tracks that cement Your Grandparents' status as ones to watch. Irresistible grooves like "Tomorrow," "Intoxicated" and "Red Room" simultaneously make us smirk and twerk. Lush tracks like "Sunlight" and "Down The Road" showcase the group's musicality, while "Comfortable," "Digest" and "Jasmine" display the art of storytelling. On one of our favorite tracks, "Past Love," we're tickled at how the Grandparents sound like OutKast's younger cousins.

In addition to sharing writing duties, it's impressive how the fellas seamlessly alternate singing and rapping duties as well. Even the producer flexes his vocal skills on "Sunlight." They credit this artistic cohesion to a decade of friendship, which began when they were each about 13 years old. As ghettoblasterman explains, "Our tastes have kind of combined into one. There’s not a lot of communication on the creation end that has to happen. We just fall into place."

We have no doubt that Your Grandparents will be around for a long time to come. Preview Thru My Window below and download a copy of this independent release via your favorite digital retailers. Afterward, scroll down to watch the summery visuals for "Sunlight." Then make plans to hear a live set at the upcoming Day N Vegas festival and keep up with Your Grandparents on Twitter and IG.

Your Grandparents Thru My Window [Amazon][Apple Music]


TAGS:  audio, DaCosta, ghettoblasterman, Jean Carter, outkast, Your Grandparents
Previous: H.E.R. Is Bringing Her Lights On Festival To Brooklyn This October Next: Isaac Aesili Inspires Us To ‘Runaway’ With New EP