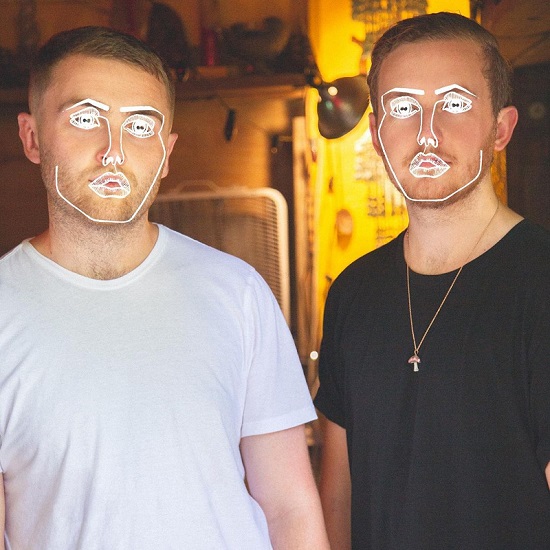 Disclosure has gotten us to the dance floor millions of times since they first hit our radar in 2012. So when they offer new sounds, you'd better believe we're all ears. Following a rollout plan that they started a few years back, the duo will be releasing their new EP Never Enough at the end of the week. Before its release, though, they'll be dropping a new single every day this week. The first in the lineup is the electronic burner "In My Arms."

The song applies pressure from the very beginning with the drums coming in right away to get things simmering. Then the fellas layer in other elements — including synth bass, vocal samples, electronic glitches and chords — to flesh things out as you work up a sweat. That's all before the melodic sample comes into play, washing over the track in waves while acting as both a cool down and the flame to ignite the rest of the song's fire. If this is how they're coming on the rest of Never Enough, then we're going to be ending summer with quite a bang.

"While piecing together initial ideas during the spring of 2021, hope began to glimmer on the horizon for producers & DJ’s that we may soon be able to gather together again, dancing & listening to music as one, participating in something larger than ourselves," Disclosure member Guy Lawrence told Stereogum about EP's creation. "So we asked each other… what would we want to hear in those moments? What does that first moment back in a club sound like? What does walking into Shangri-la, Glasto at 2am feel like again? What does a headline show at Reading look like after all the difficulties 2020 brought on our whole industry? With all these questions unanswered & with the possibility that any of these events may actually be allowed to take place, we set to work on creating something that might fit one of those magical moments some of us have been longing to participate in again."

Be on the lookout for the rest of the songs from the set to arrive one by one as the week progresses. Never Enough will arrive in full on August 20th.