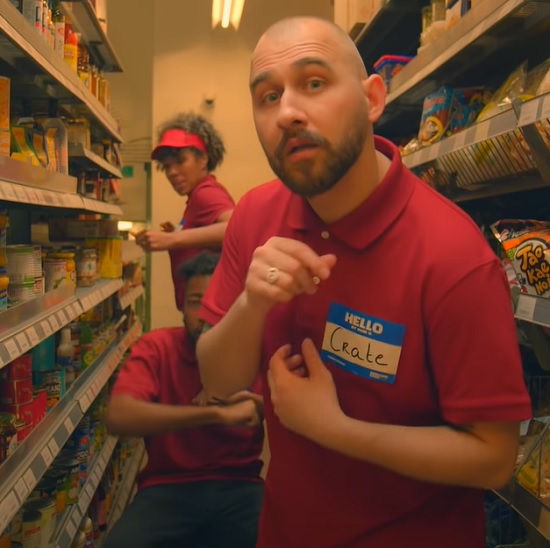 Full Crate is an artist who hasn't let something like a pandemic slow down his productivity. Last year, he dropped his EP In All Honesty to great acclaim and this year he's released singles "Rollercoaster" and "Tell Me Why." He's showing no signs of stopping whatsoever, either, as he's already released his latest single "Mama Told Me" and even put out the song's video.

"Mama Told Me" is all about taking heed of a mother's comforting advice when she tells you everything is going to be OK. Instead of going sappy and saccharine with it, though, FC invites singer-songwriters Jaskelis and Moses Kriss along for a fun, island-tinged cut. The reggae-inspired song deals with the times that life gets you down. Each of the three touches on the moments in life that leave them feeling blue and how they find inspiration to move on.

The video takes us to the most obvious thing that leaves people across the world feeling down: work. The three dress up and get into different roles as janitors, convenience store clerks and office workers. The common thread between all the jobs is that they're all just trying to make it through the day. Though they might be stuck in the doldrums that is the work week grind, they still find time for a smile or two (with the fellas goofing around the most) as they find hope and even a little fun in dire situations.

If you're having a case of the weekday blues, this one might be exactly what you need to see and hear right now. Check out the stream right here and then stick around to peep the song's video.