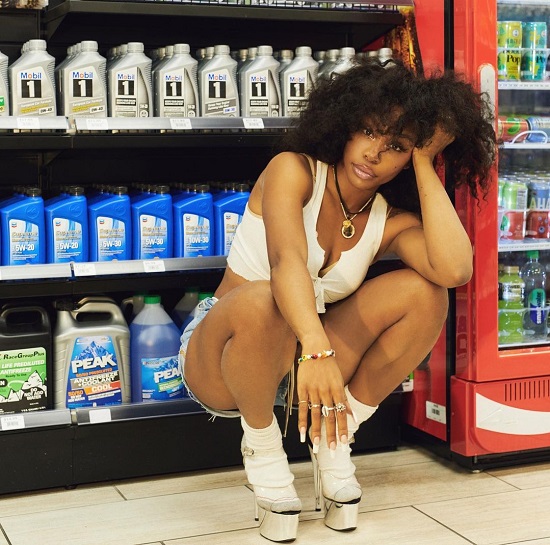 SZA got us open when she dropped "Hit Different" nearly a year ago as we anticipated that it signaled the arrival of her sophomore album. Then she dropped hit single "Good Days" months later (along with a teaser of "Shirt"). And then...nothing. Label issues seem to have stalled her momentum, but the singer isn't letting them get her down. Instead, she recently made good on a promise and dropped three unreleased tracks — "Nightbird," "I Hate You" and "Joni" — for fans' listening pleasure over the weekend.

"Nightbird" is a smooth, mid-tempo groove that shows the singer attempting to convince her love to stay a little while. As guitar provides the melody and a creative bass line propels the rhythm, she sings, "Stay the night / Even if it's not for good / Stay the night." It's a switch up from her usual while giving fans her quirky sense of lyric as she describes a complicated relationship. "I Hate You," meanwhile, sounds the most like a demo, with keys and drums sounding almost Casio-like. As you can guess by the title, SZA bemoans a lost relationship, with her being rather blunt on the chorus. "And if you wonder if I hate you / I do," she sings on the chorus. "S***ty of you to make me feel just like this / What I would do to make you feel just like this." The best of this bunch, however, is "Joni." A guitar-driven ballad that features no drums, the short-but-sweet song finds SZA absently musing over life in a Frank Ocean-esque way as she wishes for a life full of perfect timing.

None of the tracks dropped during this music dump are expected to make her sophomore set. They might, however, give us an idea into the evolution of her sound since she released CTRL way back in 2017. Here's hoping that this spontaneous release means that the new album (or at least a full version of the Darkchild-produced "Shirt") is on its way sooner rather than later.


TAGS:  audio, SZA
Previous: H.E.R. Set To Hit The Road With Tone Stith For ‘Back Of My Mind Tour’ In October Next: Amber Mark Lives In The Moment On ‘Foreign Things’