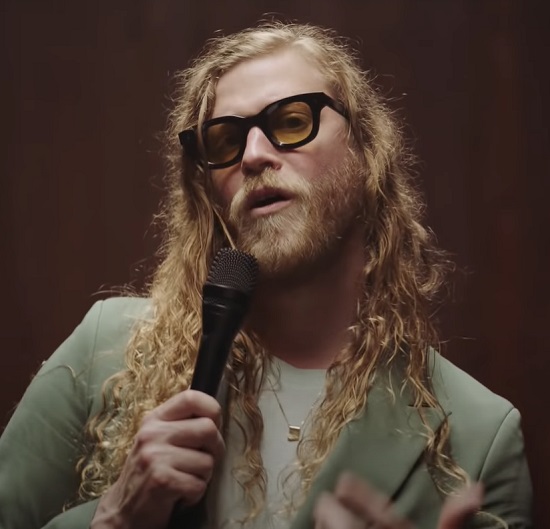 Allen Stone has amassed a significant fan base thanks to his feel-good brand of blue-eyed soul. It's a fact that is not lost on the singer-songwriter, and he makes it a point to honor them every chance he gets. In fact, he has a special gift to his fans with the upcoming release of APART, his first-ever acoustic album. To introduce the set, he's bringing us a lovely cover of Bob Marley's classic ballad "Is This Love."

Allen's cover of "Is This Love" owes just as much to Corinne Bailey Rae's 2011 cover of the track as it does the original. While he interprets Bob's touching lyrics with the same emotional feeling, he borrows some of Corinne's arrangement — including its 6/8 time signature. His take is, of course, much more stripped-down, though. It consists of just piano, Allen's voice and the occasional chiming in of his backing vocalists.

"I heard Corinne Bailey Rae’s version of 'Is This Love' and thought it was the best cover song I'd ever heard, so I decided to do a cover of her cover," the singer said in a press statement. "There’s something about her arrangement and that six-eight groove that makes me want to sing my a** off. And every time I do sing it, it makes me feel like I can fly."

Fans of Allen Stone will be absolutely soaring, as APART will include acoustic versions of some of his most beloved tracks. That list includes "Unaware," "American Privilege," "Brown Eyed Lover" and "Give You Blue" alongside others that made the cut (including a new take on "Bed I Made" that features pop star Alessia Cara).

You can stream Allen's take on "Is This Love" below and also watch its video. While you're down there, be sure to peep the full tracklist for APART and be sure to mark your calendars for its November 12th release.